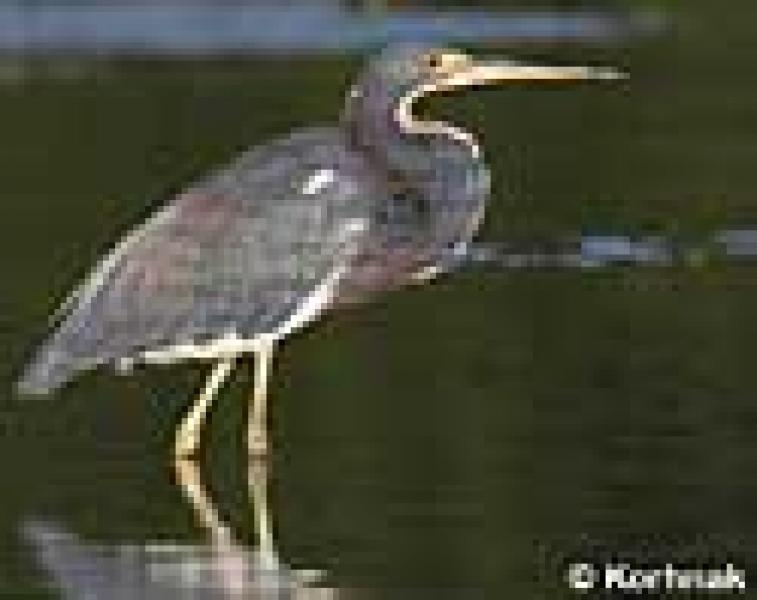 Formally called the Louisiana Heron, the tricolored heron is only found in North, Central, and South America (Frederick 1997).

New York is near the northern limit of the tricolored heron range. They are restricted to the non-barrier salt marsh islands of southern Long Island.

Breeding populations of tricolored herons have been on a steady decline in the United States and New York (Sauer et al. 2007; McGowan and Corwin 2008). During the 1980s, an average of 17 pairs nested on Long Island, with the exception of an unusually high number of nesting birds during the 1989 season (McGowan and Corwin 2008). A recent survey conducted in 2007 showed an average of five breeding pairs of herons at five of the 14 known colonies (New York Natural Heritage Program 2009).

The tricolored heron was once the most abundant heron species in the southern United States during the early part of the twentieth century (Bent 1926). They greatly expanded their range during the 1940s -1970s, but then declined because of habitat loss due to development resulting from an increase in the human population (Frederick 1997). The tricolored heron was first sighted in New York during the 1830s and first reported as breeding in the state during the 1950s at Jamaica Bay Refuge. In 1989, over 50 pairs were reported breeding along southern Long Island (McGowan and Corwin 2008). However, the number of breeding pairs per year

Although the tricolored heron is a much-studied heron, little is known about populations in New York. In general, more information is needed regarding life history and behavior, especially during the first year of life, in order to better protect this species (Frederick 1997). Research and identify key habitat characteristics necessary for breeding, foraging, and wintering areas. Identify all potential threats including those created by human disturbance as well as predators, pathogens, and invasive species, and seek ways to diminish their impact (McCrimmon 2006).

The breeding range of the tricolored heron in the United States is primarily restricted to the Atlantic and Gulf of Mexico coasts, with occasional breeding along southern California, and inland in Kansas, northwest Texas, and Colorado (Frederick 1997; NatureServe 2009). In Central America, tricolored herons breed along both coasts of Mexico and Latin America. The breed on several Caribbean Islands as well, including the Bahamas, Cayman Islands, Jamaica, Puerto Rico, and St Thomas. In South America, tricolored herons can be found breeding along the coasts of the northern part of the continent; from northern Peru to northern Brazil (Frederick 1997; NatureServe 2009). The winter range of the tricolored heron in the United States is similar to the breeding range, but is more concentrated along the coasts of the states where the waters are warm. In Central America, the winter range also coincides with the breeding range, with the addition of Baja California as a wintering spot (Frederick 1997; NatureServe 2009).

The tricolored heron is a medium-sized heron, about 66 cm in length with a wingspan of 90-95 cm (National Geographic Society 1999). The throat, foreneck, breast, and belly of all age classes are pale in color. Adults in non-breeding plumage have a slate gray head, back of neck, back, tail, and wings. The long back feathers are maroon in color. The chin and under parts of the wings are white. There are dark spots on the foreneck. The bill is light colored at the base, gradually turning black at the tip. The legs are white. The iris of the eye is brown with a pink inner margin. During breeding season, white plumes appear on the back of the head, the neck changes to a purple-mauve color the bill is blue at the base with a black tip, and the legs turn pink. The iris of the male's eyes becomes brick red while the inner margin of the iris in females changes from pink to deep red. Juveniles are medium-brown to gray in color, with a white stripe going down the throat and the foreneck spotty. The bill is yellow with a black tip, the iris of the eye is pale yellow, and the legs are yellow-green. Hatchlings are downy and are a fawn color with a gray back. Eggs are oval in shape, measuring on average 44 x 32 mm, and are a pale blue-green in color. The shell surface is smooth. Tricolored herons are colonial nesters, nesting 0.5-4 m above ground in trees or dense vegetation. Their nests are platform in shape, about 30 cm in diameter, and composed of twigs. Tricolored herons have been noted as being quite noisy. Vocalizations made by both males and females during courtship and breeding sounds like "Culh-Culh". When startled or faced with aggression, their call sounds like a deep "Ahh" (Frederick 1997).

The contrasting colors of the dark upper body and white foreneck, breast and belly make the tricolored heron easily distinguishable from other heron species.

Tricolored herons can be easily identified when the adults are in their breeding plumage.

The tricolored heron has been described as a graceful bird-taking slow, careful, and light steps as it walks about. It flies with its head drawn in and legs behind its body (Bent 1926). When foraging, it often pursues its prey rather than "stand and wait", which is typical of other herons (Bent 1926; Frederick 1997). Tricolored herons are colonial nesters and often nest with other species. Males arrive at the colony from the wintering grounds first, establish their territory, and begin building the nest site, usually before a pair bond is formed. The male makes various stretching, bill snapping, and twig shaping displays to attract a female. Once a pair is established, the male gathers the rest of the nest material and the female takes over building the nest. Eggs are down about a week after the nest is complete. Clutch size is three to five eggs, and incubation lasts 20-25 days. Both parents take turns incubating the eggs (Frederick 1997).

The diet of the tricolored heron is mainly composed of fish, with minnows and killifish being their preferred prey. They will also forage for various types of small insects and crustaceans (Frederick 1997).

Breeding dates in New York are poorly documented. Tricolored herons can be found breeding on the non-barrier islands of Long Island from April to early August (Frederick 1997).

The time of year you would expect to find Tricolored Heron active and reproducing in New York. 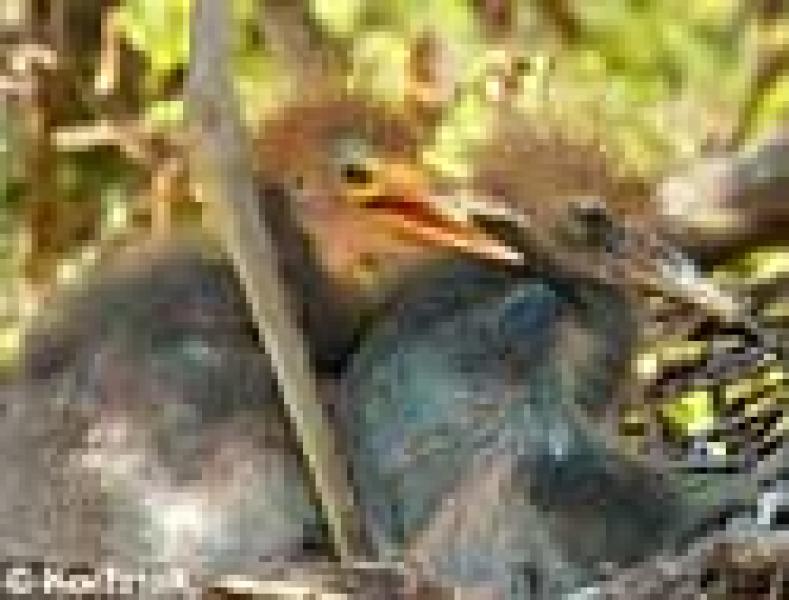