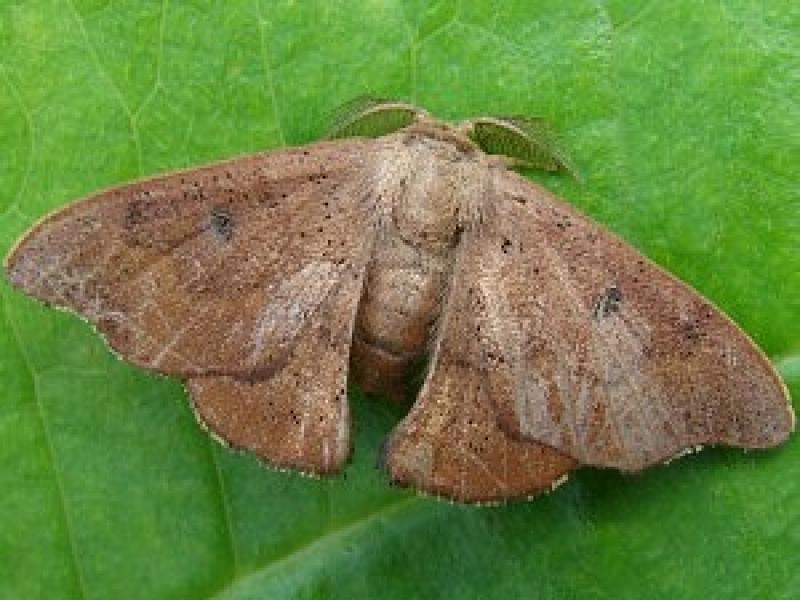 Why are they called "sack bearers?" The larval or caterpillar stage of these moths "bear" cases or sacks in which they live. The sacks can be made out of pieces of leaves that are lined with silk. Later, they will undergo metamorphosis within these sacks.

In New York State, this species is known only from the dwarf pine barrens of Long Island. It has been observed over multiple years at this site, which indicates that the population is viable and is reproducing. However, no other occurrences in New York State have been found.

Known threats include habitat loss due to development and fire suppression, although the threat of development for the remaining habitat on Long Island may be low. The suppression of fires in barrens and other dry places would cause a loss of habitat for the species and therefore a reduction in population size. This species requires open woodland or barrens with pitch pine and scrub oaks. Forest fires are needed, on average, every 5-10 years (Jordan et al. 2003) to maintain this type of habitat. Lack of fires will result in the succession of this community to a closed-canopy forest of tall oaks and other hardwoods (Little 1979, Jordan et al. 2003). Conversely, a fire affecting an entire occurrence could eliminate all life stages that are present.

The best management strategy for this species is the management of the natural community, or habitat, where this species occurs. Maintaining the Long Island pine barrens with their full suite of plant and animal species requires frequent (every few decades) disturbance to maintain open-canopy, shrub-dominated communities and to prevent succession to a closed-canopy hardwood forest (Jordan et al. 2003). Researchers have determined that "an active fire management program utilizing prescribed fire with appropriate mechanical treatments" is the preferred method (Jordan et al. 2003). Researchers have also determined that the size, type, intensity, and timing of fires (pyrodiversity) needs to be evaluated for each site to maximize benefits to the natural community and the species it supports (Jordan et al. 2003). The entire occupied habitat for a population should not be burned in a single year. For example, in places where prescribed burning is used, refugia (unburned areas) are needed for many species to insure that any life stage can survive a fire. McGuinness (2006) found that this species was more abundant in burned areas than unburned areas.

Research is needed on the response of this species to natural and controlled burns. In addition, more surveys are needed with blacklight traps to determine the total extent of the occurrence.

In New York, Melsheimer's Sack Bearer is found exclusively in the dwarf pine barrens of Long Island. This species is found in areas that are dominated by dwarf pitch pine and scrub oak. Its preferred food source is the scrub oak. The larva makes a leaf shelter for itself and moves it as it feeds on leaves. This species has a very small impact on the health of its host trees.

This species is historically recorded from the Hempstead Plains and Yaphank. One extant occurrence is known from Southampton, Long Island.

Melsheimer's Sack Bearer is found from Massachusetts and southern Ontario south to Florida and west to Wisconsin and Texas. It feeds on oaks and is common in sandy oak-pine barrens habitat. Northward, it prefers to feed on scrub oak.

This species can be identified from a good image or any specimen. The wingspan ranges from 35-50 mm. Pictures must show grayish-brown wings with orange shading and black dusting. The forewings also have a dark grayish reniform spot. A key feature is the hooked apex of the forewing (Covell 1984).

The adults occur for a few weeks in the late spring and early summer. They usually begin to appear around the first week of June.

The time of year you would expect to find Melsheimer's Sack Bearer present, reproducing, and larvae present and active in New York. 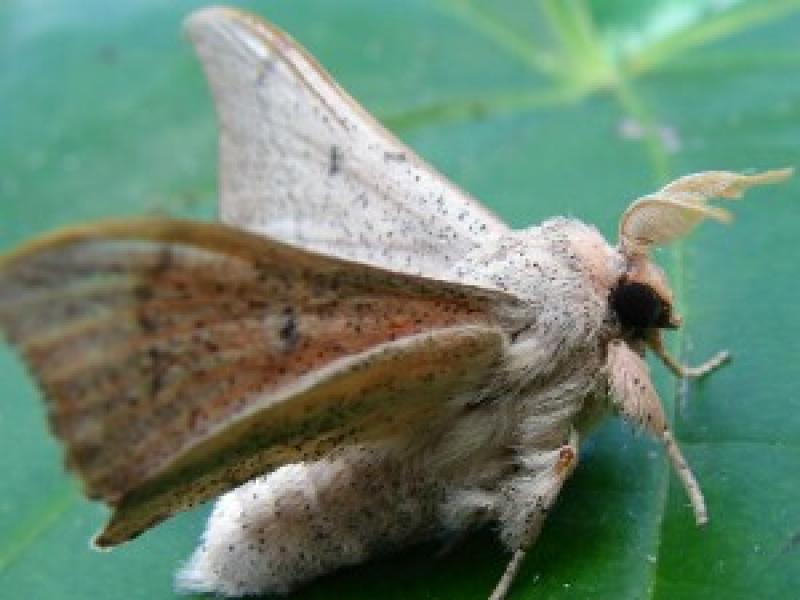 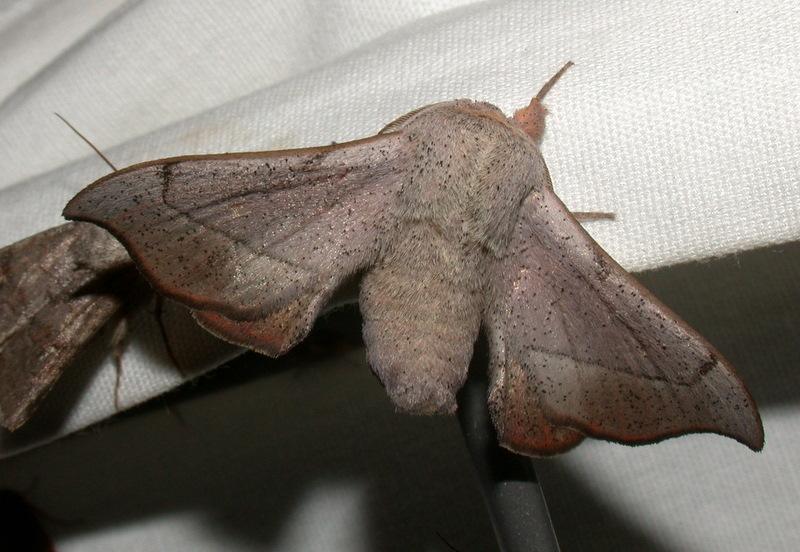 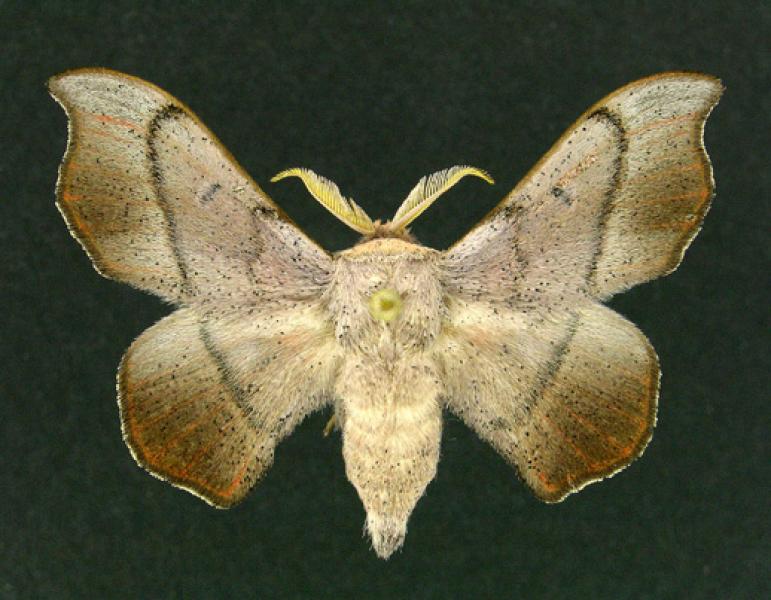 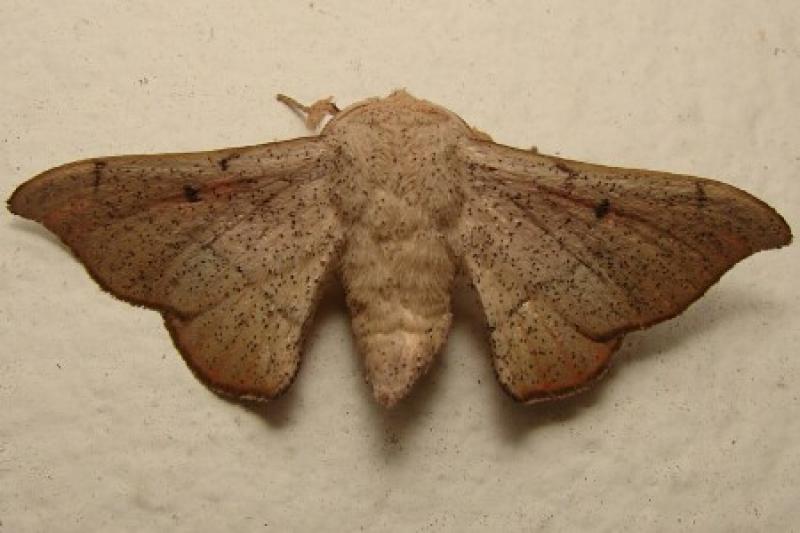