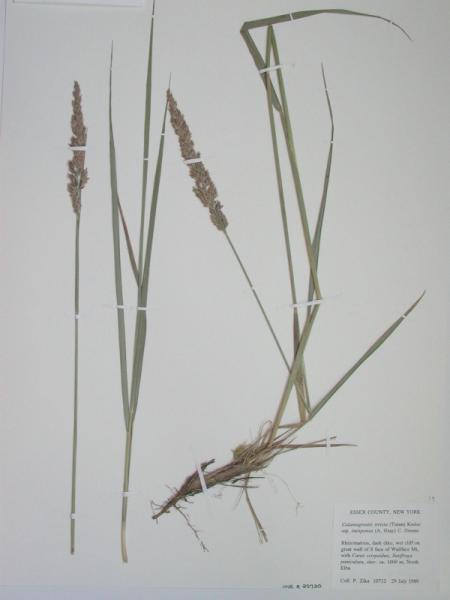 Calamagrostis stricta has a circumboreal distribution; the same species is found in the northern regions of Europe and Asia as well as North America. "Stricta" refers to the upright, rather than spreading, form of the infloresence.

Despite the fairly broad range of habitat Calamagrostis stricta occupies, there are only 13 verified occurrences in the state. Of these 13 extant locations, 4 are large and protected. There appears to be plenty of available habitat, so this grass species may have been overlooked. There are also 6 historical occurrences dating from the 1940s.

The existing populations of this species appear to be stable.

The history of this species in New York is not well known, so long-term trends are unclear.

The alpine summit occurences of this plant are threatened by trampling from hikers. At fens and other wetland sites changes to the hydrologic regime, or to the soil and water chemistry, are potential threats.

The response of this species to ongoing changes in its alpine environment should be studied.

In New York Calamagrostis stricta has been found in a diversity of habitats. It occurs in calcareous wetlands, including fens and wet meadows, and on sandy or cobbly lake, pond, or river shores. It also has been collected from cliffs, krummholz, and alpine meadows in the high peaks of the Adirondacks (New York Natural Heritage Program 2008). Wet meadows and marshes (Gleason and Cronquist 1991). Wet meadows, marshes, damp woods (Haines 1998).

Calamagrostis stricta is widely scattered in New York, though most extant locations are in the Adirondacks and adjacent areas of northeastern New York.

Calamagrostis stricta has a circumboreal distribution. In North America it is found throughout Canada and most the western US, and ranges east through the Midwest and most of the northeastern states (excluding Massachusetts and Rhode Island) to as far south as New Jersey, Pennsylvania, and West Virginia.

Northern Reed Grass is a perennial grass which may grow up to 1 m tall, and spreads by underground stems (rhizomes). The leaf blades are rolled inward, and 2 to 6 mm wide when unrolled. The stems are topped by an open branching array of small flowers (the inflorescence), 5 to 12 cm long and 5 to 15 mm wide. The main axis and primary branches of the infloresence are scabrous (rough) (Aiken et al 2003). As in all grasses, the small, inconspicuous flowers occur in scaly structures called spikelets. In the genus Calamagrostis each spikelet contains only one flower. In Northern Reedgrass one of these scales (the lemma) has a slender tip (an awn) 4 to 4.5 mm long (Harvey 2007).

There are six other species of Calamagrostis in New York. Calamagrostis stricta may be distinguished from most of the others by its having an awn attached near the middle of the lemma. C. pickeringii (which may occupy similar habitats to C. stricta), C. porteri, and C. perplexa (an extremely rare species restricted to the southeastern part of the state) each have awns attached to the lemma near its base.

C. epigejos and C. canadensis each may have awns inserted near the middle of the lemma as does Calamagrostis stricta. C. epigejos (not native to New York, and largely restricted to weedy sites) has hairs extending from the thickened base of the lemma (the callus) and well exceeding the lemma, while C. stricta has callus hairs which do not exeed the lemma. C. canadensis has a looser and more spreading infloresence than that of C. stricta, especially at the base of the infloresence, and the lemma is smooth (the lemma of C. stricta is scabrous).

The spikelets of Calamagrostis stricta mature in late July or early August, and the fruits may persist into September.

The time of year you would expect to find Northern Reed Grass fruiting in New York. 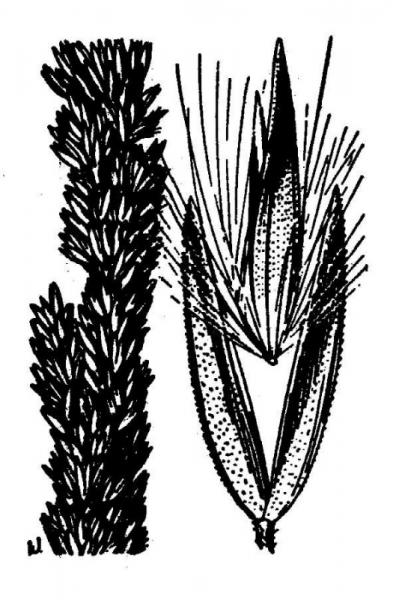 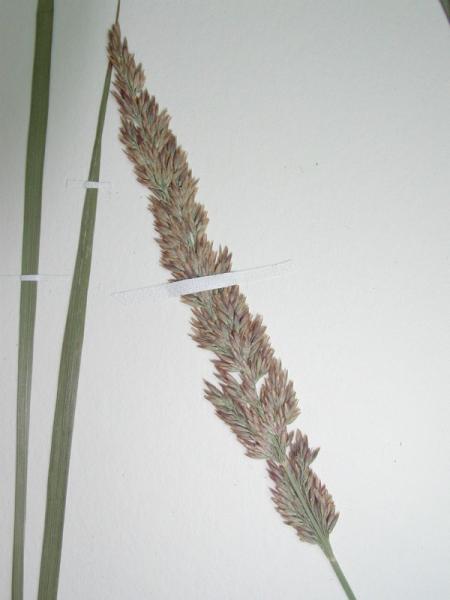