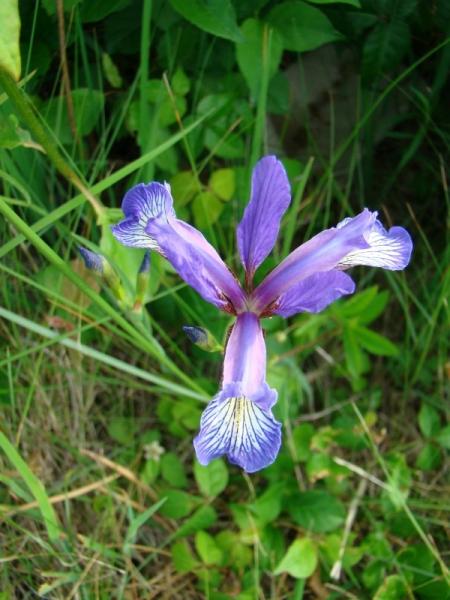 The roots and rhizomes contain the glycoside iridin that is somewhat poisonous and a skin irritant (Lady Bird Johnson Wildflower Center 2010). That is why it sometimes has the common name poison flagroot.

Most populations have been visited more than once and they seem stable.

Populations have declined by over one half in the last 100 years as many wetlands in the New York City area and Western Long Island have been destroyed. If the remaining wetlands can be preserved and managed well then populations should remain viable into the foreseeable future.

Populations are threatened by off-road vehicles, trampling, mosquito ditches, fragmentation and hydrological alteration from a road crossing and by the expansion of stands of Phragmites.

Wetlands need to have sufficient natural buffers established around them to preserve hydrology and invasive species, especially Phragmites, need to be controlled.

In New York Slender Blue Flag is known from a variety of open, wet, coastal habitats. It has been collected in sea level fens and the edges of salt marshes and brackish meadows, as well as from diverse disturbed habitats such as burned or scraped old fields, ditches, and roadside swales (New York Natural Heritage Program 2010). Swampy, peaty soil (FNA 2002). Moist meadows and sandy or gravelly shores (Rhoads and Block 2000). Marshes, swamps, and damp meadows (Gleason and Cronquist 1991).

This small herb is currently known from the Bronx, Staten Island and Suffolk County on Long Island. It was historically known north of New York City to Rockland County with a report as far north as Dutchess County. It was also reported from the salt marshes near Syracuse which were subsequently destroyed by industrialization.

This wetland herb is primarily from the Atlantic coastal plain from Nova Scotia and Maine south to Georgia. There are scattered inland populations in Pennsylvania south to Georgia, Alabama, and Tennessee.

Slender Blue Flag is a perennial herb species growing from 30 to 80 centimeters tall from cordlike roots. The leaves are grasslike, erect, and 2 to 5 millimeters wide, with a central rib. The infloresence of 1 to 3 flowers is held on an erect, simple or slightly branched stem. The flowers are large (4-5 centimeters wide), the 3 sepals pale violet with yellow patches near the base and 3 lavender petals. The sepals also have small (5-7 millimeter), toothed, purple appendages called crests emerging from their bases opposite the yellow patches. The fruits are 3-sided capsules 3 to 4 centimeters long, containing one row of seeds per locule (FNA 2002).

Iris prismatica may be identified in vegetative form, but more easily so when in flower or fruit.

The most common tall, violet-flowered Iris in New York, Iris versicolor, has leaves one to three centimeters wide. The only other tall, violet flowered Iris i with narrow leaves n New York is I. sibirica. It differs from Iris primatica by having hollow stems, flowers with white patches at the base of the sepals, and fruits with two rows of seeds per locule (FNA 2002).

Iris prismatica flowers from June through July, and remnant fruit stalks may persist year round.

The time of year you would expect to find Slender Blue Flag vegetative, flowering, and fruiting in New York. 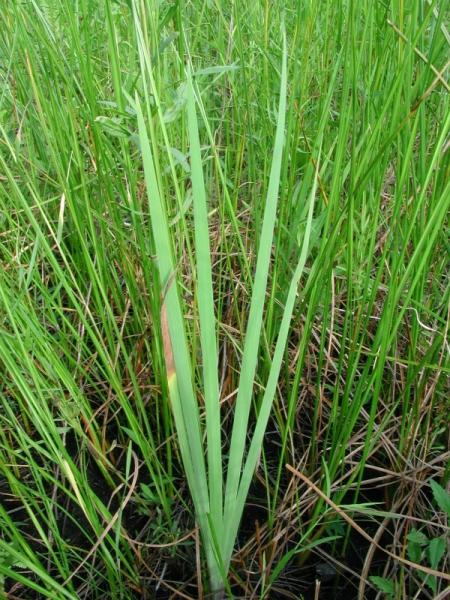 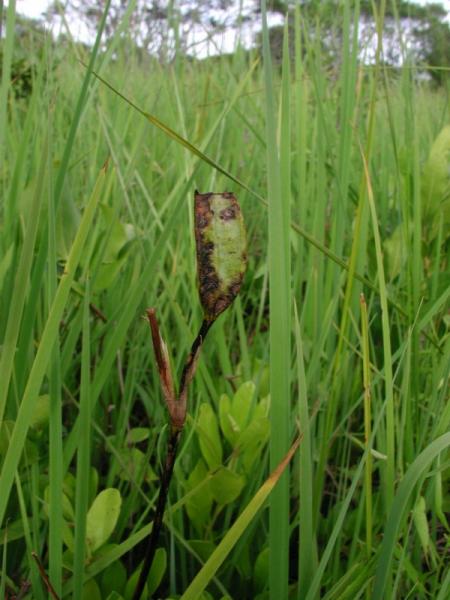 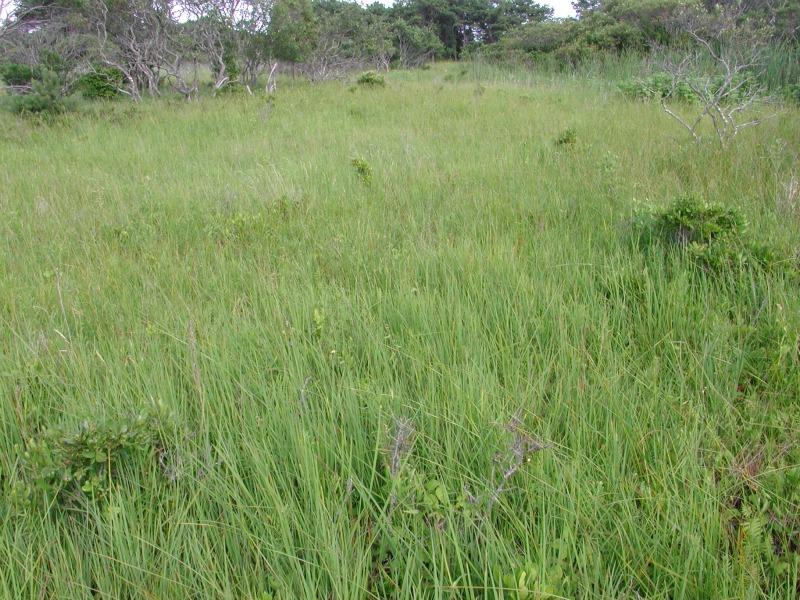 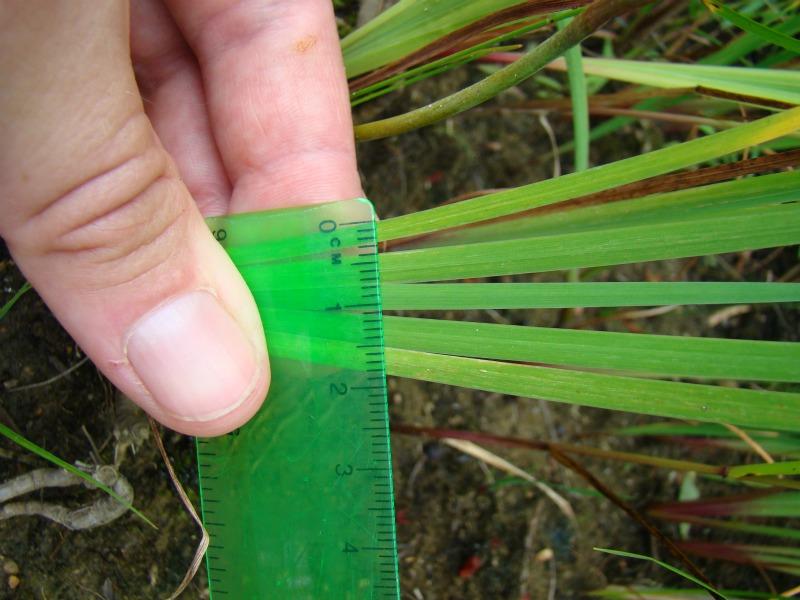 Information for this guide was last updated on: November 17, 2011