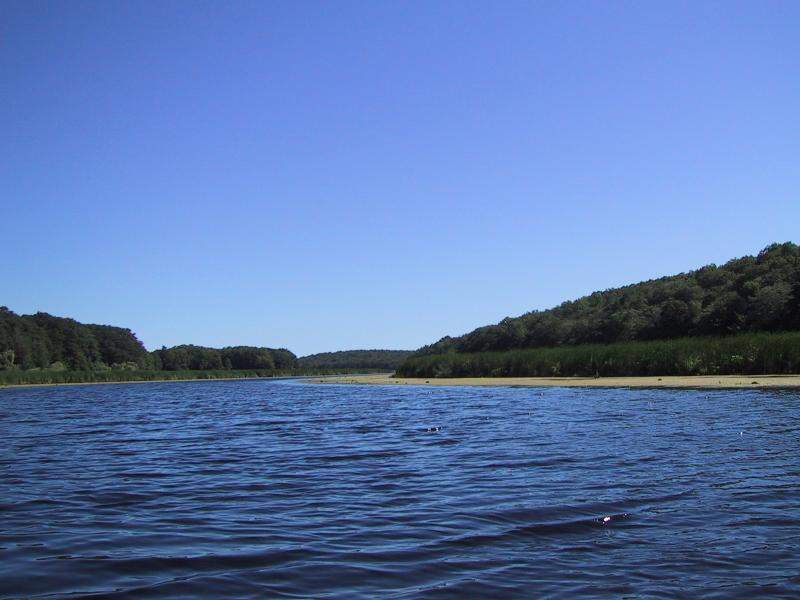 Meanders are winding bends in a stream channel; these features are characteristic of unconfined rivers. Occasionally, landowners channelize, or straighten, streams that meander through their property in order to, among other things, more quickly drain standing water from their land. Channel straightening, however, does more harm than good. It decreases the length of a river and increases its gradient, causing increased water velocity that leads to stream bed and stream bank erosion and slumping, channel widening and associated loss of a vegetated buffer, increased silt load, decreased food and cover for wildlife, increased flooding, and reduced in-stream habitat (pool/riffle) variation.

There are probably several hundred occurrences statewide. A few documented occurrences have good viability and are protected on public land or private conservation land. This community has statewide distribution, and includes a few high quality examples. The current trend of this community is probably stable for occurrences on public land, or declining slightly elsewhere due to moderate threats related to development pressure or alteration to the natural hydrology.

The number and miles of unconfined rivers in New York are probably comparable to historical numbers, but the water quality of several of these rivers has likely declined significantly prior to the enforcement of water quality regulations (New York State Department of Environmental Conservation, Division of Water 2000).

Where practical, establish and maintain a riparian buffer to reduce storm-water, pollution, and nutrient run-off, while simultaneously capturing sediments before they reach the river. Buffer width should take into account the erodibility of the surrounding soils, slope steepness, and current land use. If possible, minimize the number and size of impervious surfaces in the surrounding landscape. Avoid habitat alteration within the river and surrounding landscape. For example, roads should not be routed through the riparian buffer area. If the river must be crossed, then bridges and boardwalks are preferred over filling and culverts. Restore past impacts, such as removing obsolete impoundments and ditches in order to restore the natural hydrology. Prevent the spread of invasive exotic species into the river through appropriate direct management, and by minimizing potential dispersal corridors.

Unconfined rivers are widespread throughout the state north of the North Atlantic Coast Ecoregion and appear to be concentrated in the non-mountainous areas of upstate New York. This river community is likely represented by different variants corresponding to major watersheds and ecoregions.

Unconfined rivers are large, quiet, sections of a riverine complex where there are no distinct riffles. They have a very low average gradient and are found typically in the lowermost stream reaches. They are characterized by considerable deposition with a relatively minor amount of erosion. Occurrences often have a floodplain forest bordering large parts of their length, associated meanders, and good levee development. They usually have fine substrates, typically silty soils associated with a depositional environment, obtain high levels of nutrients from surrounding wetlands, and have a large component of run microhabitat. Species assemblages characteristic of pools and soft bottoms dominate the community and many of the fishes are anadromous.

Unconfined rivers have clearly distinguished meanders and are located in unconfined valleys. These communities are typically more than about 4 m deep, generally greater than 2 m wide, and have high low flow discharge. Any riffles are typically localized and occur at low abundance; water is typically turbid and poorly aerated. Characteristic fishes include suckers (Catostomids), redhorses (Moxostoma spp.), sturgeon (Acipenser spp.), and shad (Alosa spp.). Although the middle of a main channel stream is too deep for aquatic macrophytes to occur, the shallow shores and backwaters typically have rooted macrophytes. Mosses in the genus Fontinalis are characteristic of shallow areas. Two exotic weeds, Eurasian milfoil (Myriophyllum spicatum) and water chestnut (Trapa natans) may also occur along shores and backwaters. Plankton assemblages may be abundant.

Known examples of this community have been found at elevations between 1,505 feet and 1,733 feet.

Unconfined rivers are scenic year-round, but have greater flow in spring and early summer. Mid- to late summer is a good time to look for the diverse array of aquatic macroinvertebrates living in the streambed. 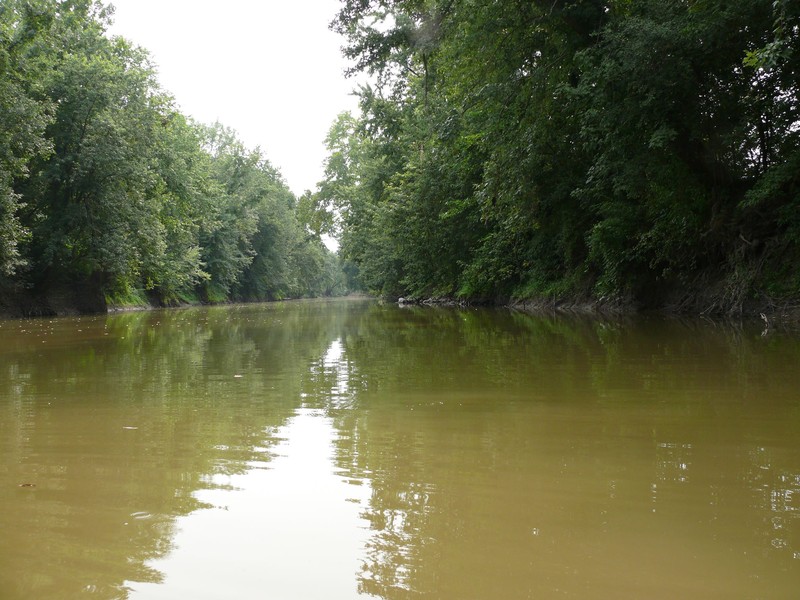 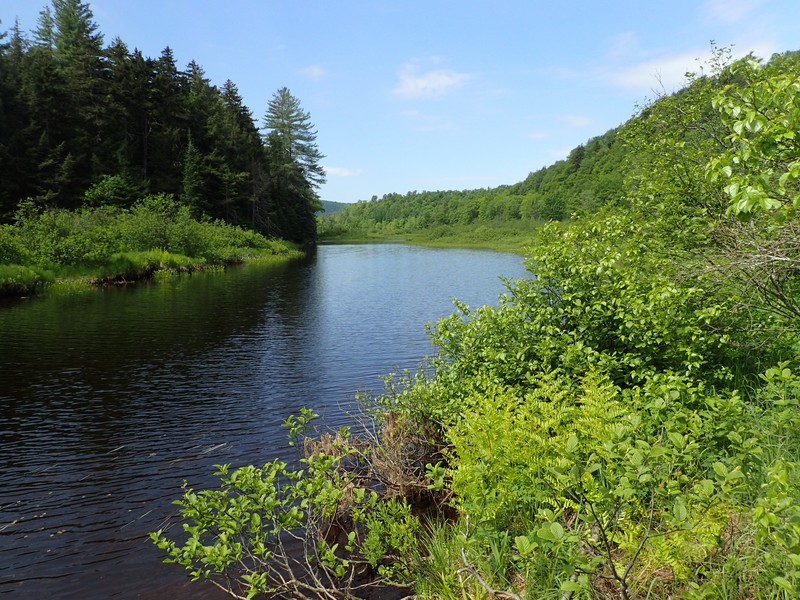 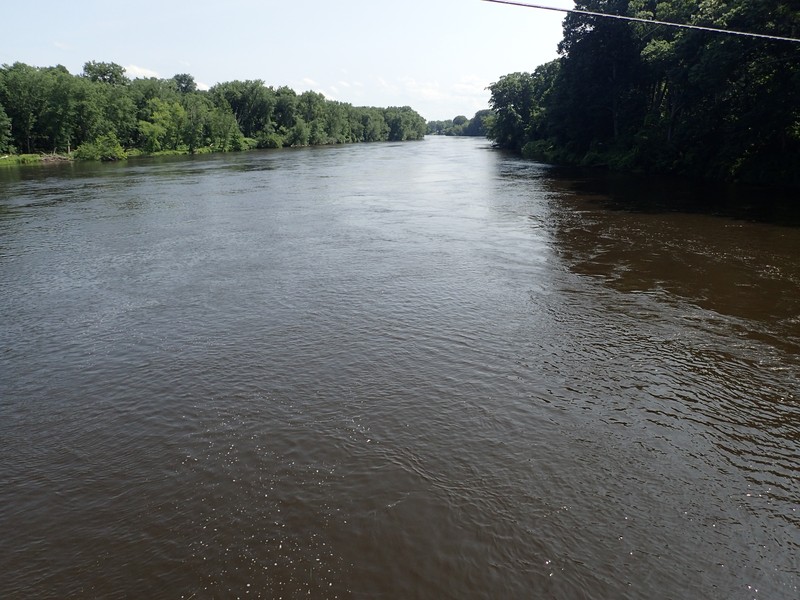 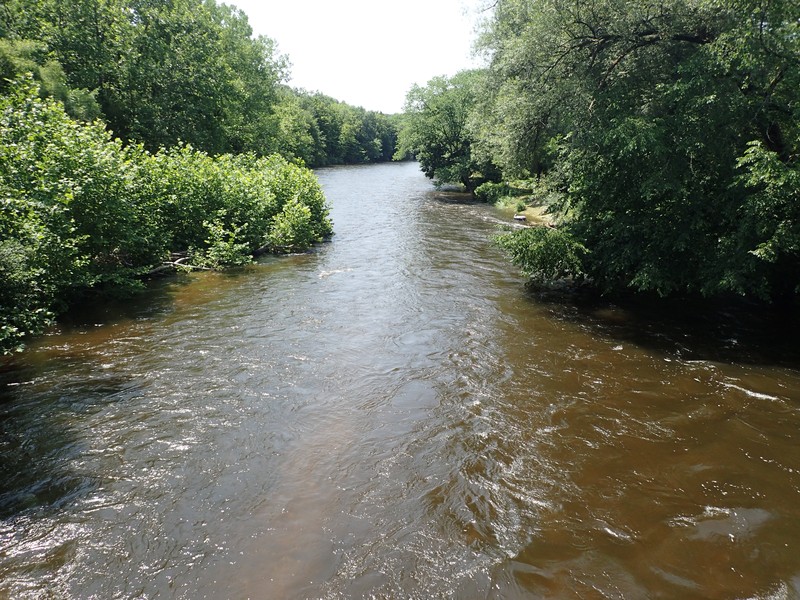 Information for this guide was last updated on: July 16, 2021