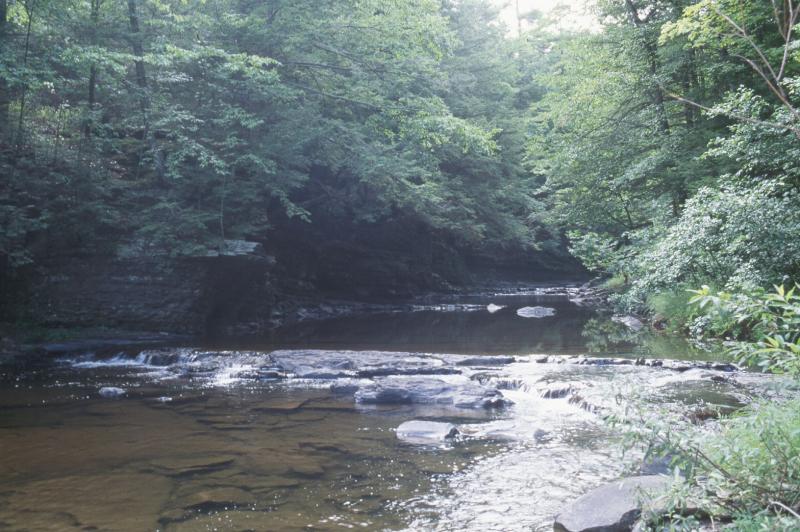 Common features of confined rivers include plunge pools, flumes, chutes, cascades, alluvial fans, and mussel beds. The predominant source of energy is generated in the stream. These streams have high water clarity, are well oxygenated, and typically have cool water.

There are probably several hundred occurrences statewide. Many documented occurrences have good viability and are protected on public land or private conservation land. This community has statewide distribution, and includes several high quality examples. The current trend of this community is probably stable for occurrences on public land, or declining slightly elsewhere due to moderate threats related to development pressure or alteration to the natural hydrology.

The number and miles of confined rivers in New York are probably comparable to historical numbers, but the water quality of several of these rivers has likely declined significantly prior to the enforcement of water quality regulations (New York State Department of Environmental Conservation, Division of Water 2000).

Where practical, establish and maintain a riparian buffer to reduce storm-water, pollution, and nutrient run-off, while simultaneously capturing sediments before they reach the river. Buffer width should take into account the erodibility of the surrounding soils, slope steepness, and current land use. If possible, minimize the number and size of impervious surfaces in the surrounding landscape. Avoid habitat alteration within the river and surrounding landscape. For example, roads should not be routed through the riparian buffer area. If the river must be crossed, then bridges and boardwalks are preferred over filling and culverts. Restore past impacts, such as removing obsolete impoundments and ditches in order to restore the natural hydrology. Prevent the spread of invasive exotic species into the river through appropriate direct management, and by minimizing potential dispersal corridors.

Confined rivers are widespread throughout New York State and likely represented by different variants corresponding to major watersheds and ecoregions.

The aquatic community of relatively large, fast flowing sections of streams with a moderate to gentle gradient. Confined rivers usually represent a network of third- to fourth-order stream segments, and waterfalls are typically present. Confined rivers are generally depicted as a double line on 7.5 minute USGS topgraphic maps (starting where streams transition from single to double line at 1:24,000 scale).

Known examples of this community have been found at elevations between 195 feet and 2,145 feet.

The waterfalls and fast-flowing riffles of confined rivers are especially dramatic in the spring when snow melts in the uplands and surges into rivers. 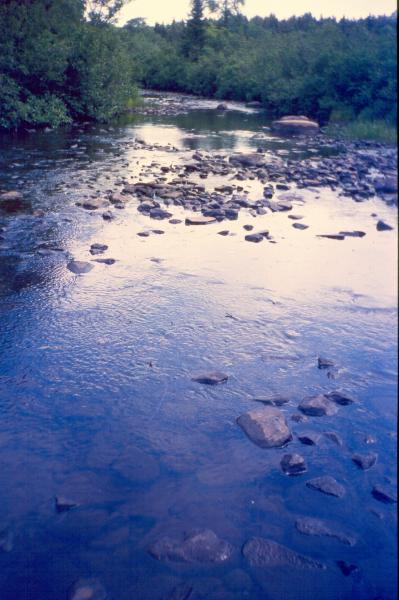 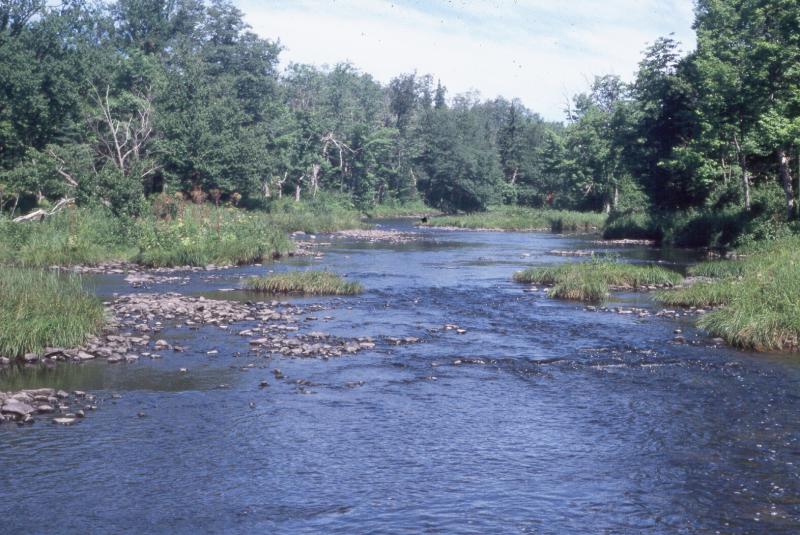 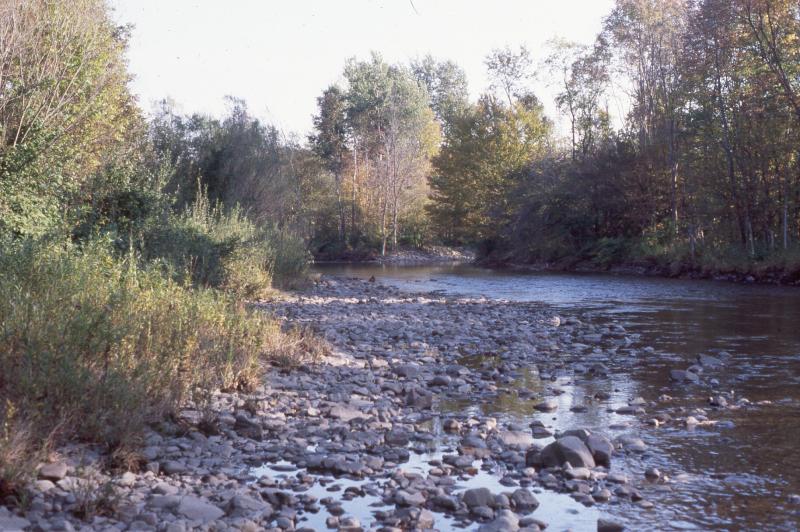 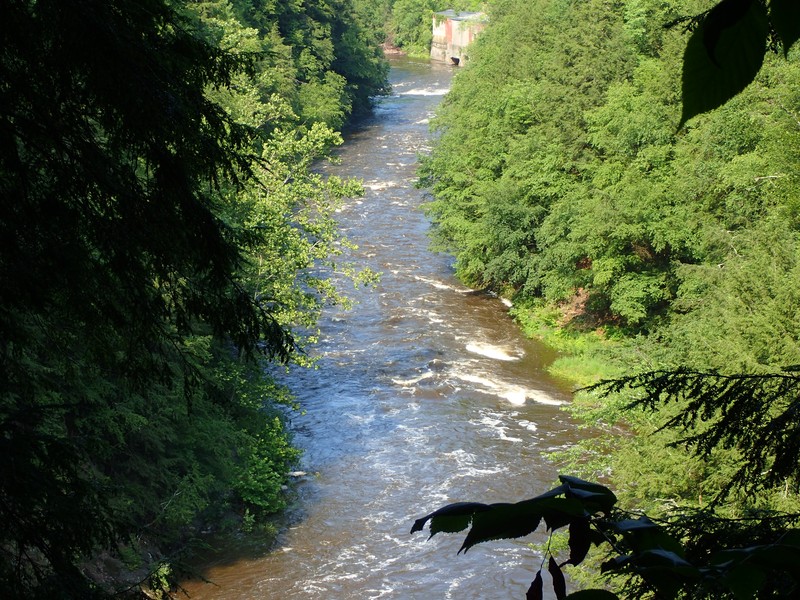 This figure helps visualize the structure and "look" or "feel" of a typical Confined River. Each bar represents the amount of "coverage" for all the species growing at that height. Because layers overlap (shrubs may grow under trees, for example), the shaded regions can add up to more than 100%.

Information for this guide was last updated on: July 16, 2021