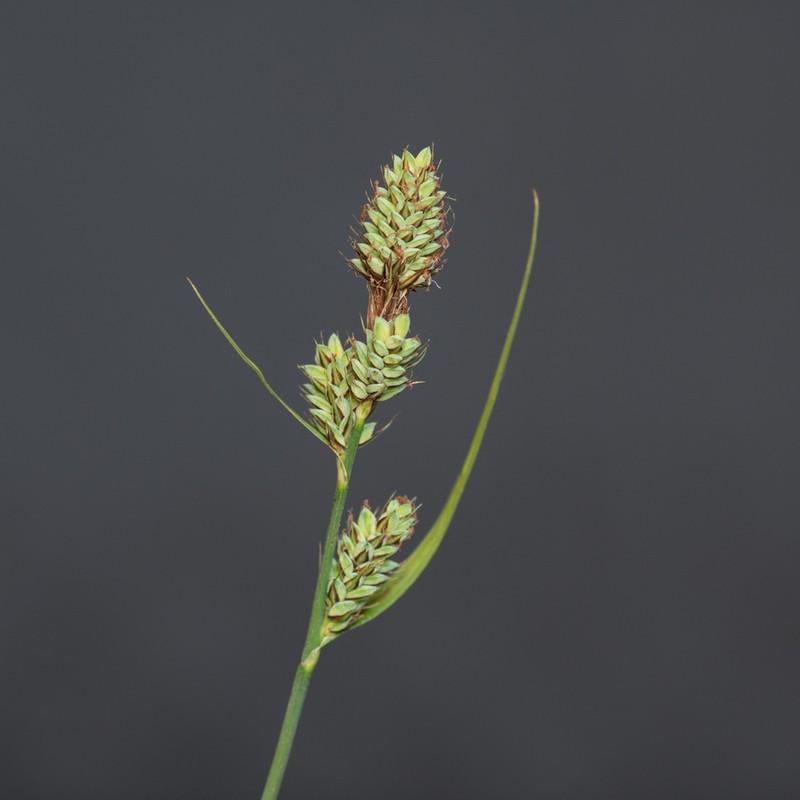 The specific epithet buxbaumii is for Johann Christian Buxbaum who lived from 1693-1730 (Fernald 1970).

There are about 10 populations that have been seen in recent years. Exact trends at these populations is unknown. Most of these populations are not large but appear healthy. There is no reason to suspect that they are declining but there is no data to prove this assertion. Therefore, short term trends are unknown but are suspected of being stable.

At least four populations that occurred in the New York City area are believed extirpated. There are at least 20 additional populations that have not been seen in recent years. One of these populations was searched for without success but may still be extant. It is unknown if the other historical populations are still extant. Overall, long term trends are not clear but indicate at least some decline.

Currently there are no threats to populations of Carex buxbaumii but potential threats include development, invasive species, and flooding by beaver.

All populations that have not been seen in recent years need to be surveyed to determine if they are still extant.

Carex buxbaumii occurs widely scattered throughout most of New York. Populations from the New York City area appear to have been extirpated due to urbanization.

Brown Bog Sedge is a loosely clumped grass-like perennial that grows in patches. The bases of the plants are purplish-red tinged. Leaves are strap-like, 2.0-3.5 mm wide, and light-green. Stems are 25-75 cm long and are terminated by one flower/fruit cluster (spike). This terminal spike has female flowers above and male flowers below. Also towards the apex of the stem are 2-4 cylindrical spikes composed entirely of female flowers. These spikes are on short, erect, secondary stems that attach to the main stem. The female flowers mature into fruit (perigynia) which are 2.5-4.0 mm long (Mackenzie 1931-1935, Murray 2002).

Carex buxbaumii is loosely cespitose and long rhizomatous. Basal leaf sheaths are purplish-red tinged and become fibrous as they degrade. Leaf blades are 2.0-3.5 mm wide and sometimes somewhat glaucous. Culms are 25-75 cm tall and bract blades are shorter than or longer than the inflorescences. The terminal spike is gynecandrous with the staminate portion creating a clavate base to the spike. There are 2-3(-4) lateral pistillate spikes 10-25 mm long, that are short pedunculate, erect, and are separate to somewhat approximate. The pistillate scales are light to often dark brown or purplish-brown and are acute to acuminate with a 0.5-3.0 mm long awn. Perigynia are gray-green or whitish, 2.5-4.0 mm long, densely papillose, and are without or with only a small beak (Mackenzie 1931-1935, Murray 2002).

It is easiest to identify this species when it has just immature to mature perigynia but the perigynia are not easily shedding. Rhizomes are helpful in identification and should be collected.

Carex buxbaumii is a very distinctive sedge and should not easily be confused with other species in New York. Characters that help separate it from other species include the short pedunculate erect lateral spikes, gynecandrous terminal spike, ascending short or unbeaked perigynia, and elongated rhizomes.

Carex buxbaumii starts to produce immature perigynia from early to late-June. These mature and persist until late July or August. Towards the end of this season the perigynia start to shed easily. Plants from warmer or more southern parts of New York will mature earlier and plants from cooler or more northern parts of New York will mature later. The best time to survey for this species is mid-June till mid to late July but location in the state should be factored into determining the best time to survey for C. buxbaumii.

The time of year you would expect to find Brown Bog Sedge fruiting in New York. 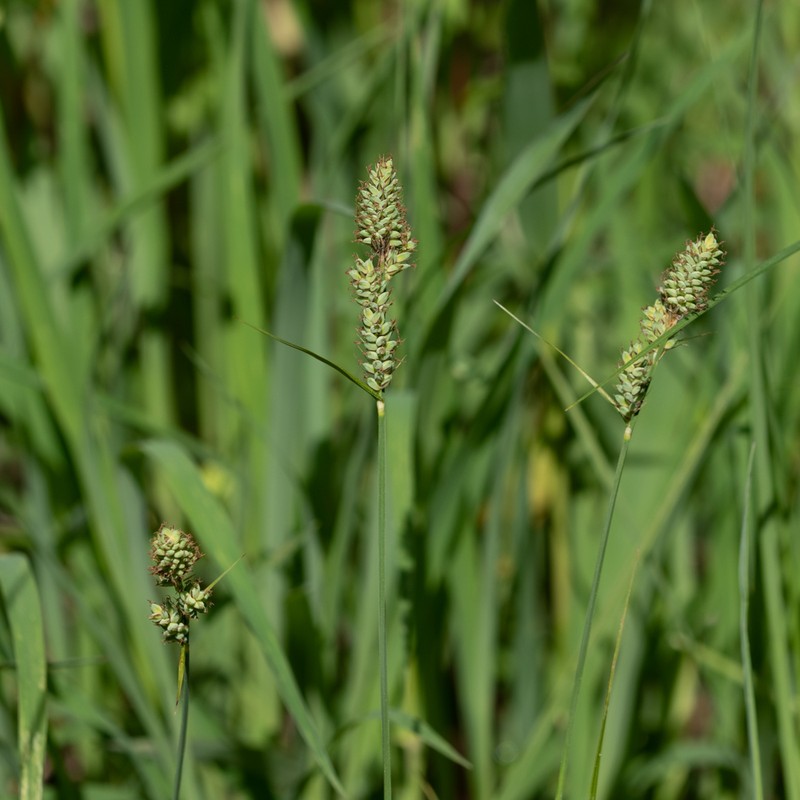 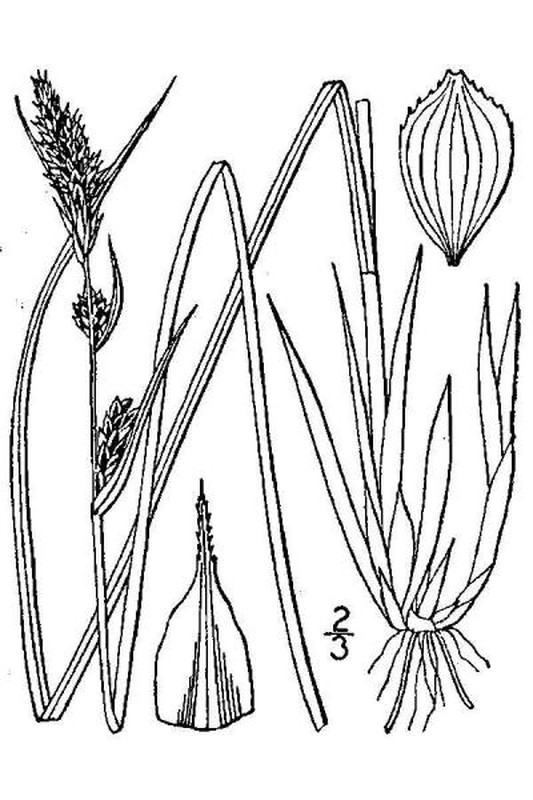 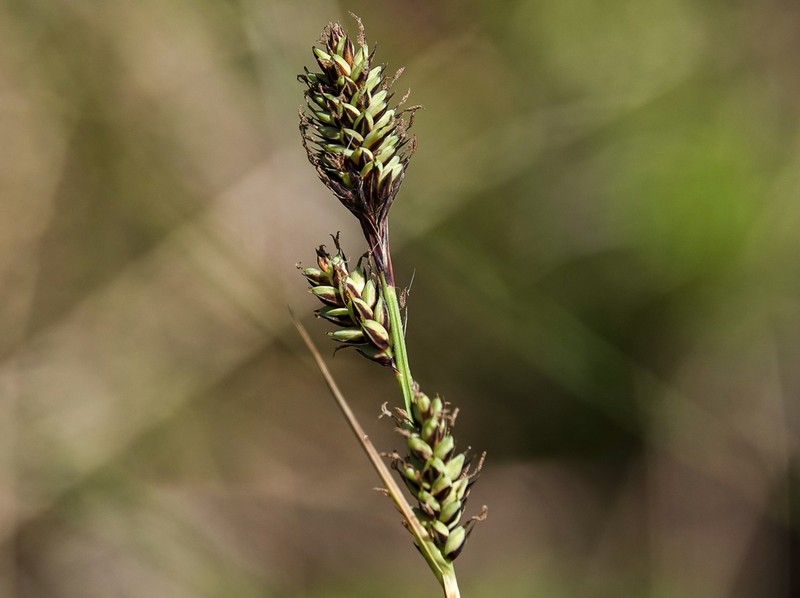 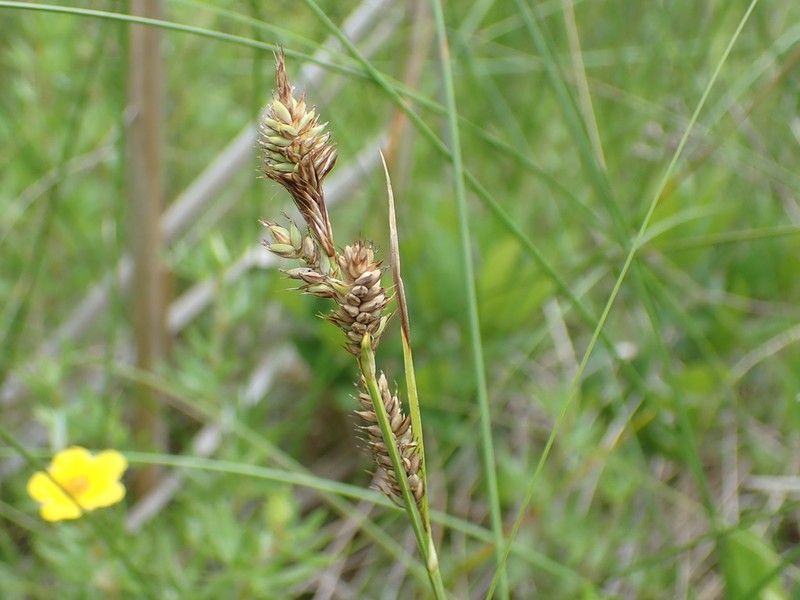