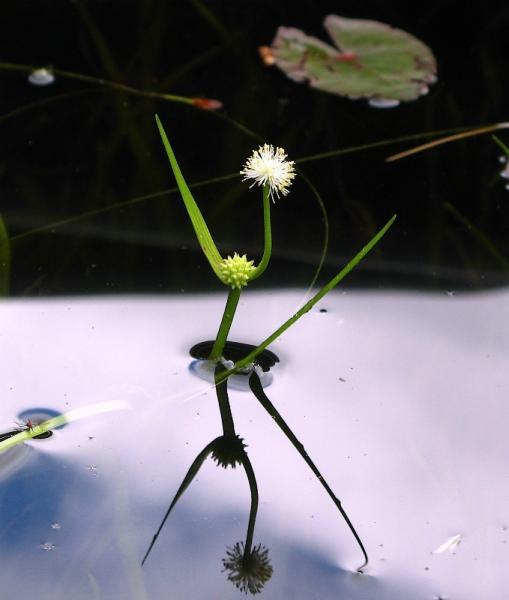 Scattered throughout the state north of Long Island.

Distinguishing characteristics: small aquatic plants with slender creeping rhizomes; stems 10-40 cm long, decumbent or ascending, often floating, slender, flexuous, or rarely suberect and emergent in very shallow water or on mud and then short; lower leaves 10-40 cm long, (1.5) 3-7 (9) mm wide, flat and keelless; inflorescence unbranched with 1-4 (usually 2 or 3) equally spaced axillary, pistillate heads and 1 (2) remote staminate head(s), all but the lowest most pistillate head sessile; stigma ovate to lanceolate, 0.3-0.8 mm long; fruiting heads (5) 7-12 mm in diameter; achenes 2-3.5 mm long, 1-2.5 mm thick, tapering to an obconic base and a conic beak 0.5-1.5 mm long, only slightly if at all contracted near middle; sepals elliptic or cuneate-spatulate, one-half to two-thirds as long as the body of the fruit. Best life stage for ID: with mature fruit. Characteristics needed to ID: complete plant with mature fruits.

Sparganium hyperboreum is the most closely related plant, but this is a more northern plant that reaches in southern limit around Nova Scotia. Other small Sparganium species that may be confused with S. natans include S. angustifolium, S. erectum and S. fluctuans. The achene beak in all three of these species is 1.5-6 mm long with a stipe 1-5 mm, and two or more staminate heads. Sparganium fluctuans usually has branched flowering heads with several male flowers, the achenes are typically 4-5 mm long with a conspicuous stipe, and the beaks are 2-3 mm long and curved. Sparganium angustifolium has some pistillate flowers which are attached to the stalk 5+ mm above the axil of the subtending bract (super-axillary) with achenes 3-5 mm long contracted abruptly to a 1 mm beak. Sparganium chlorocarpum will have some super-axillary flowers and achene beaks 3-6 mm long.

Surveys should be done when fruiting plants may be found, from mid-July through mid-September.

The time of year you would expect to find Small Bur-reed flowering and fruiting in New York. 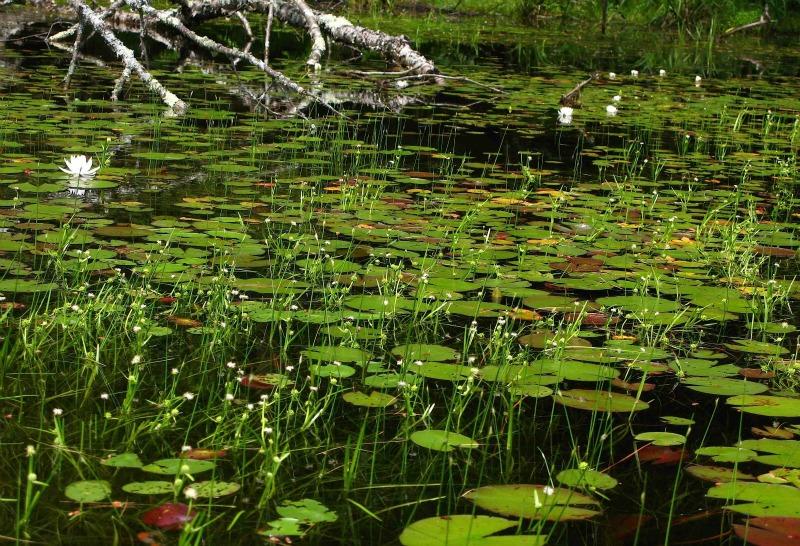 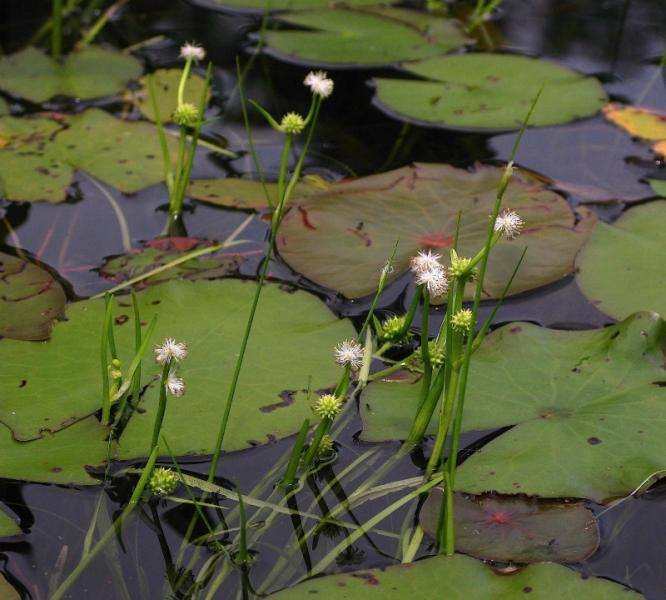 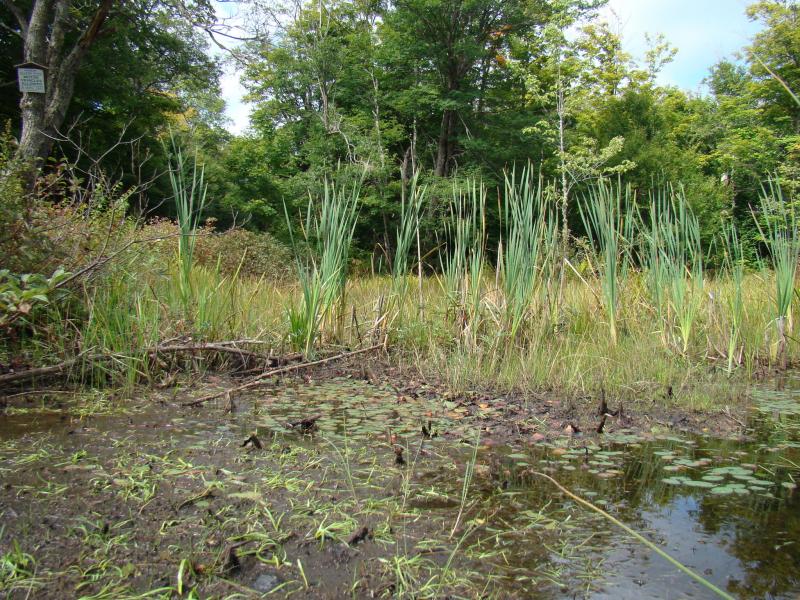 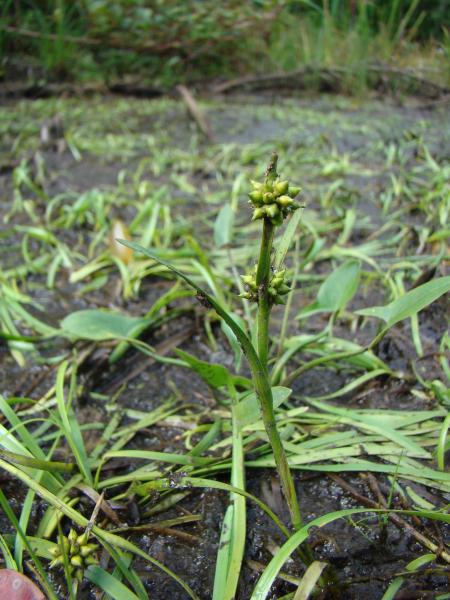 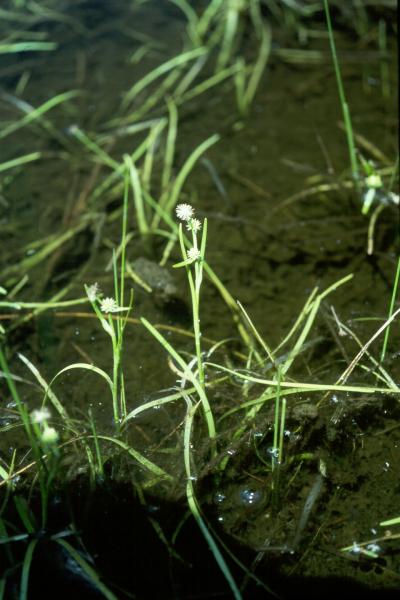 Information for this guide was last updated on: August 8, 2012