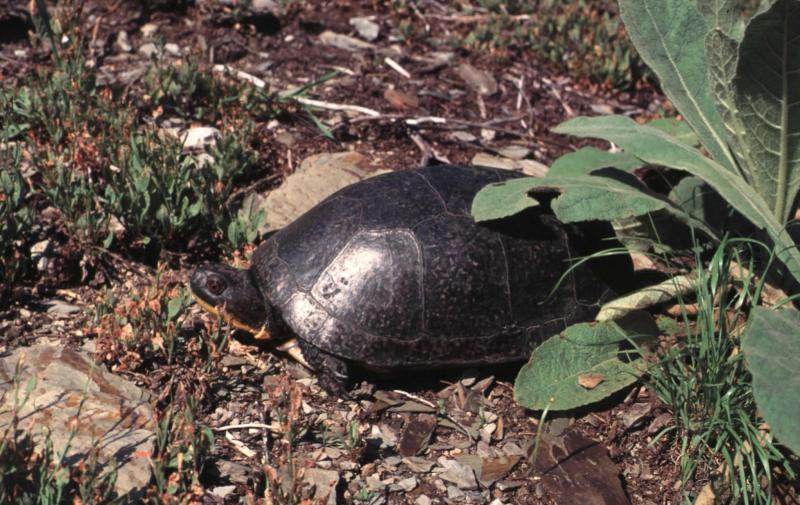 There are currently 64 extant Blanding's Turtle occurrences in Dutchess, Saratoga, St. Lawrence, Jefferson, Niagara, and Erie counties. Given the mobility of this species, there are many closely associated sites that should be considered as single populations. Taking this into consideration, many of the Dutchess, St. Lawrence, and Jefferson County populations would be combined into single occurrences and many of these occurrences are threatened by habitat fragmentation from development and associated mortality from automobiles and predation.

Although new populations have been identified in recent years, Blanding's Turtle populations are believed to have been in decline for many decades. Some of the populations are in areas of the state that are subject to intense development pressure, which may lead to habitat fragmentation, increased road mortality, and compromised wetland quality.

Because of the long life span of this species, it is difficult to assess long-term trends. Given the disjunct nature of New York populations and evidence of remains farther south than the species is known to occur at present, an overall decline in the population is likely.

This species prefers shallow wetlands such as shrub swamps, marshes, and shallow ponds. Vernal pools are used in the spring. Blanding's Turtles will frequently travel through uplands and cross roads, especially during the nesting period or when moving between wetlands.

Blanding's Turtles have been found in Dutchess, Saratoga, St. Lawrence, Jefferson, Niagara, and Erie counties. Existing data indicates that the species is only found within a portion of each of these counties.

This is a medium to large turtle with a carapace (upper shell) length of 5 to 10 inches (12.5-26.0 cm) (Ernst and Barbour 1972). The black carapace is elongated, domed, and smooth and is speckled with numerous yellow or light-colored flecks or streaks. The plastron (lower shell) is bright yellow, with large, dark, symmetrically arranged blotches on the posterior lateral third of each scute (bony plate) and these blotches may hide the yellow color on older adults. A well-developed hinge lies between the pectoral and abdominal scutes on the plastron, but the hinge may not always be apparent on young turtles (Conant 1951). The head is large, black or dark brown in color, and may have scattered yellow spots. This species has a long neck with a yellow throat and chin. The yellow undersurface of the neck appears at 3 years of age (Vogt 1981). The tail and limbs are dark with some yellow or light brown spots and the hind feet are weakly webbed.

The bright yellow coloration of the chin and throat is a useful diagnostic characteristic that can be used on both captured and observed individuals.

Adults and juveniles are similar in appearance and can be identified by the yellow chin and throat.

Blanding's Turtles are omnivorous (Graham and Doyle 1977) and will eat food both in and out of the water (Pope 1939, Vogt 1981). For turtles in New England and Michigan, crayfish and other crustaceans were documented to comprise about 50% of the diet, insects 25%, and other invertebrates and vegetable matter 25% (Lagler 1943, DeGraaf and Rudis 1983). Turtles in Missouri are primarily carnivorous, specializing in crayfish, followed by insects. Fish, fish eggs, and frogs have also been documented as food items, with small amounts of duckweed and algae always in association with animal food (Kofron and Schreiber 1985). In Nova Scotia where crayfish are absent, Blanding's Turtles eat dragonfly nymphs, aquatic beetles, and other aquatic insects, as well as snails and some fish (Bleakney 1963). The quality of the diet may be the most important factor influencing growth. Evidence suggests that turtles from eutrophic environments grow faster and achieve larger maximum size on a carnivorous diet than do turtles on an herbivorous diet. Size differences between Michigan and Massachusetts populations have been explained by differences in food quality and availability, which affect growth rates (Natureserve 2006, Graham and Doyle 1977). Blanding's turtles have been observed consuming pondweed seeds (Potamogeton sp.), golden shiners (Notemigonus crysoleucas), and brown bullheads (Ictalurus nebulosus) where high nutrient levels from sewage effluent have stimulated the growth of high protein foods in Massachusetts (Graham and Doyle 1977).

Blanding's Turtles are generally inactive during cold winter months in the north. They are primarily active during the day, however they will alter their activity patterns based on the ambient tempurature. In Massachusetts (Graham 1979), daily activity is bimodal during warmer weather and unimodal when the temperature drops. At 25 C the turtles have a short activity period from 5:00 to 6:00 AM EST, then rest until noon with a larger period of afternoon activity lasting until approximately 5:00 PM EST. When the temperature falls to 15 C the turtles show a continuous 8:00 to 5:00 "workday". However, the amount of total movement, movement per hour, and diet activity is greater at 25 C than 15 C, probably due to metabolism changes associated with changes in body temperature (Graham 1979). In Massachusetts, active dispersal of hatchlings from nests to wetlands occurred primarily in early to mid-morning and in late afternoon (Butler and Graham 1995).

The time of year you would expect to find Blanding's Turtle present and reproducing in New York. 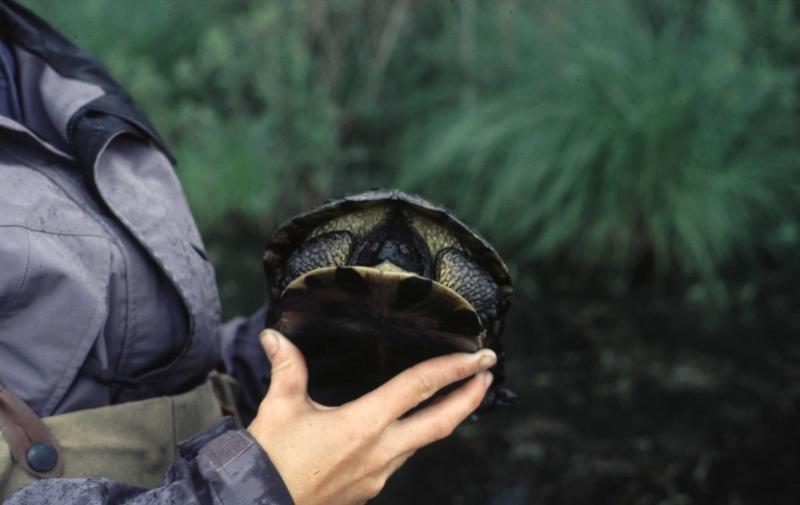 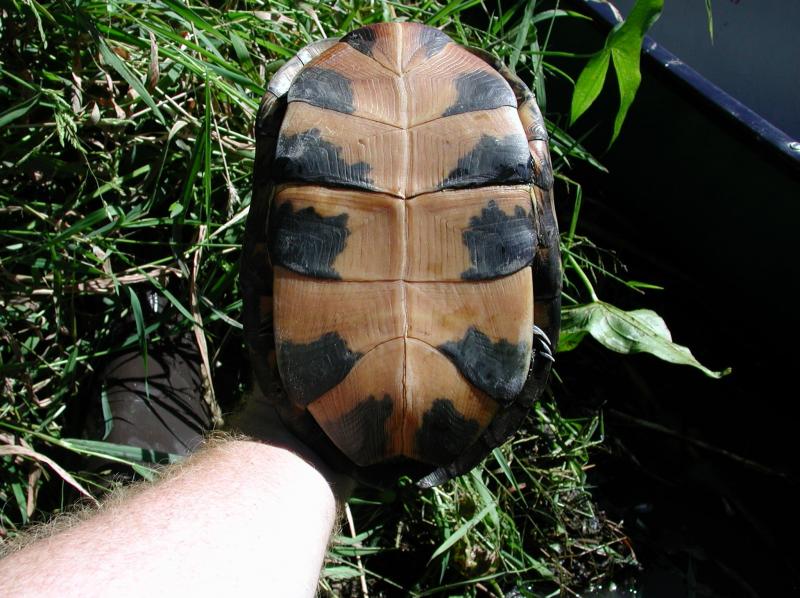 Iverson, J. B. 1992. A revised checklist with distribution maps of the turtles of the world. Privately printed. Earlham College, Richmond, Indiana.