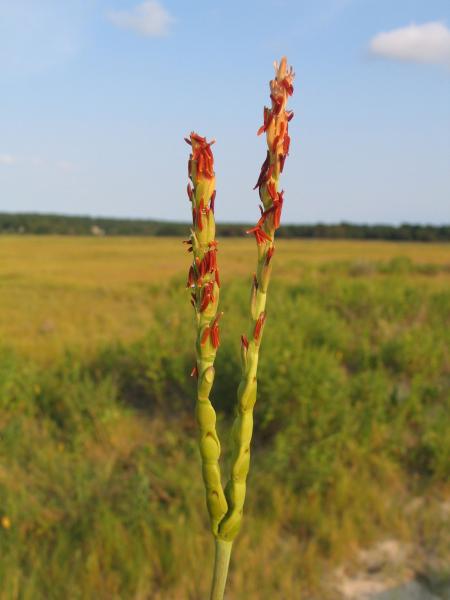 The federal plant materials center in Big Flats, New York has been growing northern gamma grass since the 1980s, when they began genetic experiments to improve the quality of the plants for cattle forage, site restoration, and biomass production (Salon and Dewald 2000). Plants found west of the coastal plain are not considered native to New York, because of this production and distribution.

There are 11 existing populations but only two of them have hundreds of plants. Most occurrences are very small in area. One occurrence from 1988 was extirpated by Phragmites. There are 10 other historical occurrences.

Populations seem stable, but not enough work has been done to resurvey current populations to add to trend information.

The number of populations has probably remained about the same over time, although historical populations were probably larger in size because they were less constricted by development.

Genetic studies could be done to distinguish populations that have been introduced for livestock or erosion control from native populations.

This grass is native from Orange County south through New York City to Eastern Long Island. It is now considered extirpated in Brooklyn. It is also distributed by the Natural Resources Conservation Service in Central and Western New York for planting as cattle forage. It has also turned up in seed mixes for restoration projects.

This grass grows in the Atlantic Coast States from Massachusetts south through Florida. It extends west from the Virginias to Southeastern Nebraska and Eastern Kansas south through Texas.

Northern Gamma Grass has clumped stems from 1 to 2 meters tall. The leaf blades are 30 to 75 cm long, 9 to 35 mm wide, and flat. The infloresence is terminal, with normally 2 to 3 erect branches, each 12 to 25 cm long. The pistillate spikelets are 6 to 8 mm long and 3 to 4.4 mm wide, below and more tightly compacted into the same raceme as the staminate spikelets (FNA 2003).

Northern Gmma Grass is most easily identified in flower or fruit, though vegetative individuals may also be identified.

Tripsacum dactyloides is the only member of the genus in New York. Its wide leaves and terminal infloresence with long (12-25 cm) branches are distinctive.

Eastern Gamma Grass flowers in July and August and the fruiting plants persist into November.

The time of year you would expect to find Northern Gama Grass flowering and fruiting in New York. 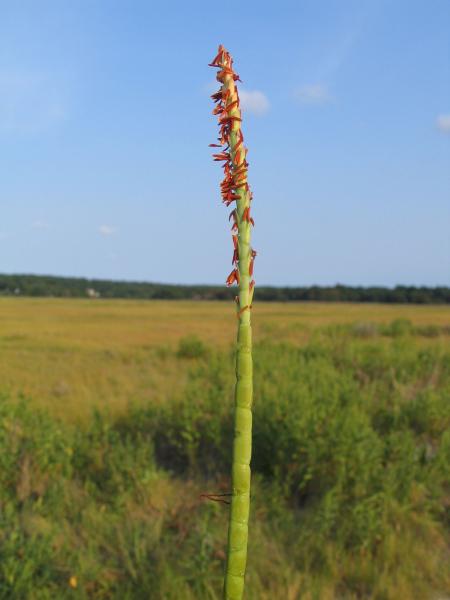 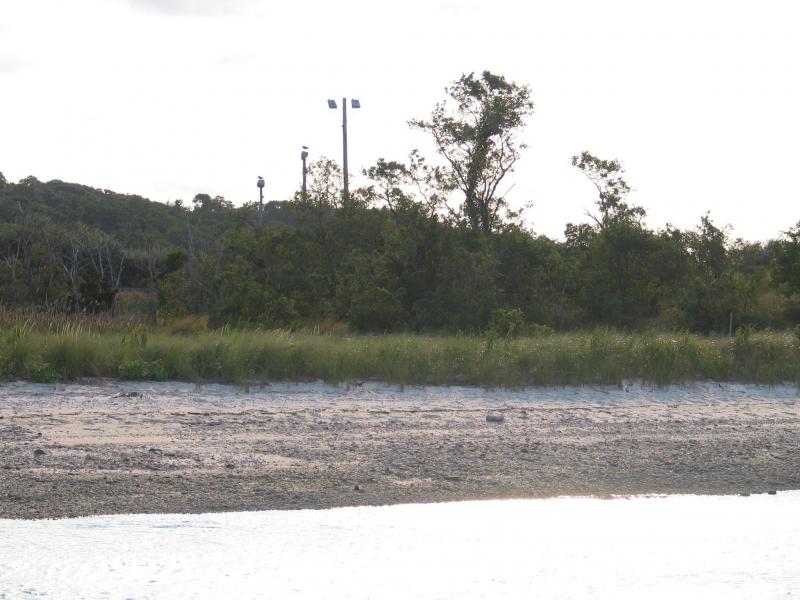