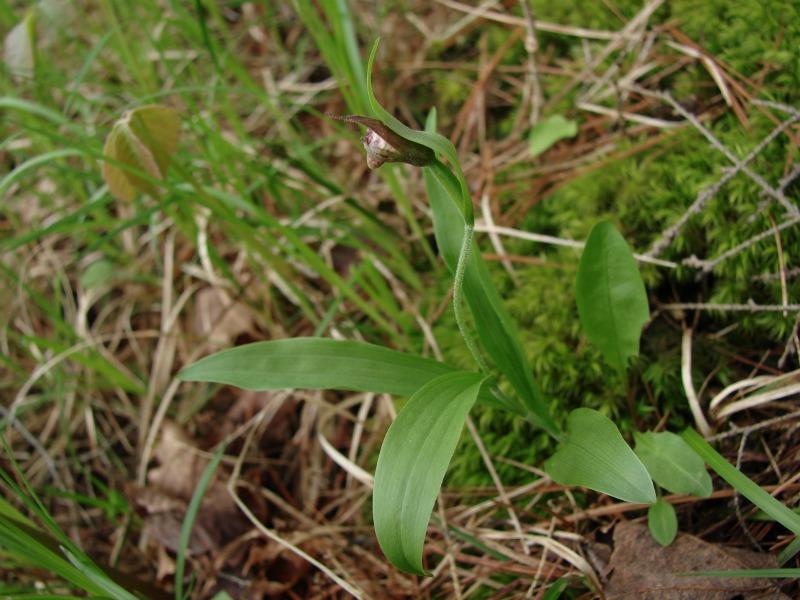 Like other Cypripedium species, Ram's head Ladyslippers have what's called a "deceptive" pollination system. The flowers' showy petals and odor attracts bees, but produces no reward of nectar. Thus the species must rely on "naïve" bees to transfer pollen between flowers before learning to avoid such fruitless efforts.

There are 13 verified occurrences and 26 historical occurrences. Several occurrences first known from the 1980's have not been seen in subsequent visits. Of 5 historical locations visited, none have been rediscovered. The reasons for this orchid's decline, in spite of its fairly broad habitat tolerances, are not well understood.

Several occurrences known from the 1980's have not been seen in subsequent visits, and others have declined. Only 1 population is known to still have more than 100 plants.

From 1850 to 1950 there were a minimum of 26 known populations; today just half that number are considered extant. Additional surveys are needed, as only 5 known historical locations for this species have been checked.

Both natural succession and human disturbance are likely implicated in the extirpation or reduction of this orchid at historical sites, and so are threats to existing ones. Deer herbivory, human collection, and even severe storm events may also threaten small populations.

The largest population of this species occurs at a relatively pristine area of open woodland. This species often occurs in open habitats, so careful management to maintain openings may be appropriate if succession threatens other populations.

Research is needed to determine the habitat requirements, reasons for decline, and appropriate management of this orchid.

Across its range Ram's head Ladyslipper has occupied a wide range of habitats with conditions ranging from inundated to dry-mesic and acidic to calcareous. Cold soils and moderately open conditions are characteristic. In the Great Lakes Region many of the largest populations have occupied successional dune forests and dune-coniferous woods edges, often associated with Thuja occidentalis, Pinus bansksiana, and/or Abies balsamea, though it is certainly not limited to such habitats (Voss 1975, WI NHP 1990, Shultz 1988, MI NFI 1990). In the northeastern states, including New York, it occupies second-growth mixed hardwood -conifer forests, limestone barrens and rocky outcrops, and forested peatlands (NYNHP 2007). In New York most current sites are in white-cedar swamps, though colonies are larger in upland habitats (Mitchell and Sheviak 1981, NYNHP 2007).

This species is known from central and northern New York, from just south of the Mohawk River northward.

Ram's head ladyslippers grow from 4 to 16 inches tall on a slender stem. There are 3 to 5 lanceolate to elliptic leaves, often folded lengthwise, about 2 to 4 inches long. The intricate flowers grow singly, the lowest petal forming a lip in the distinctive conical "ram's head" shape, about an inch or less in length. The lip is white with red or purplish markings in a net-like design, grading to greenish brown near the bottom. Individuals growing in wet habitats are typically larger than those of drier sites.

Ram's head Ladyslippers have thinly hairy stems 1-4dm tall, with 2-3 sheathing scales below and 3 to 5 sessile, lanceolate to elliptic leaves (often folded) 5-10cm long. The solitary flowers have the lower 2 sepals separate, not fused as in other Cypripedium species, and the lip extends downward to form a triangular "ram's head" shape, distinctive from the "slippers" typical of the genus. The lip is 1.5 to 2.5 cm long, and white with a strong reticulated pattern of purplish -red. The staminode is suborbicular and concave. Seed capsules are linear-ellipsoid, distinctly less erect when ripe than that of most Lady's-slippers. The overall size of the plant and all parts vary considerably with the type of habitat; those of wet soils are usually much larger.

This orchid flowers from May through June, and the fruit matures in July.

The time of year you would expect to find Ram's Head Lady's Slipper vegetative, flowering, and fruiting in New York. 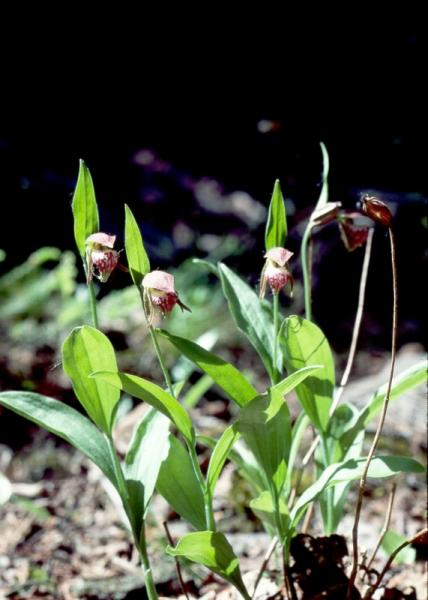 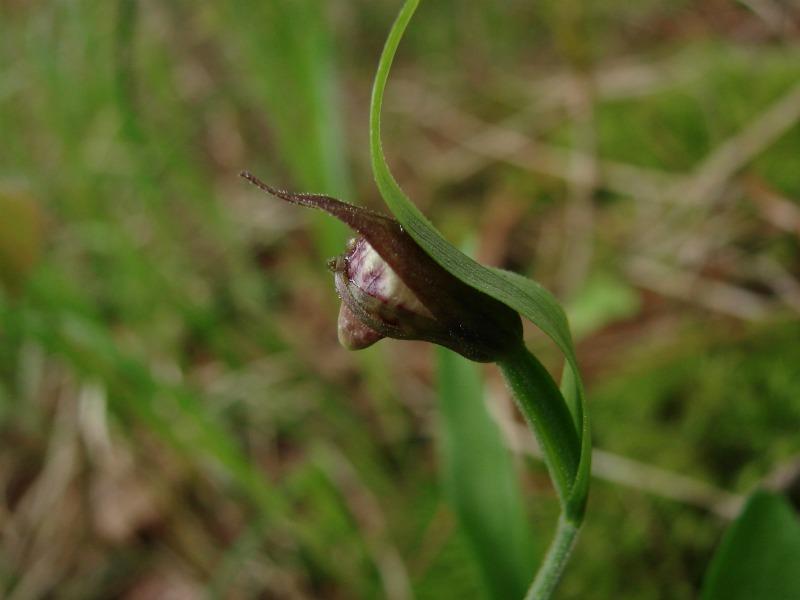 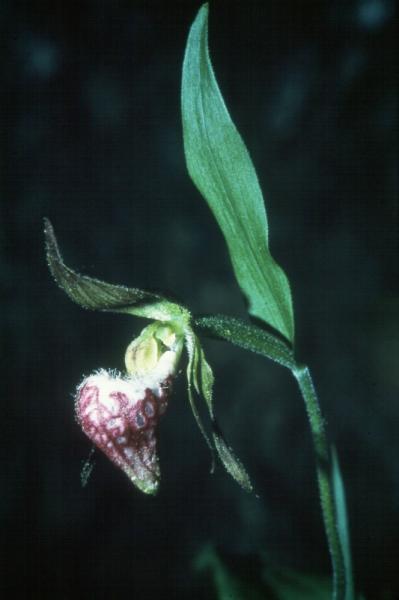 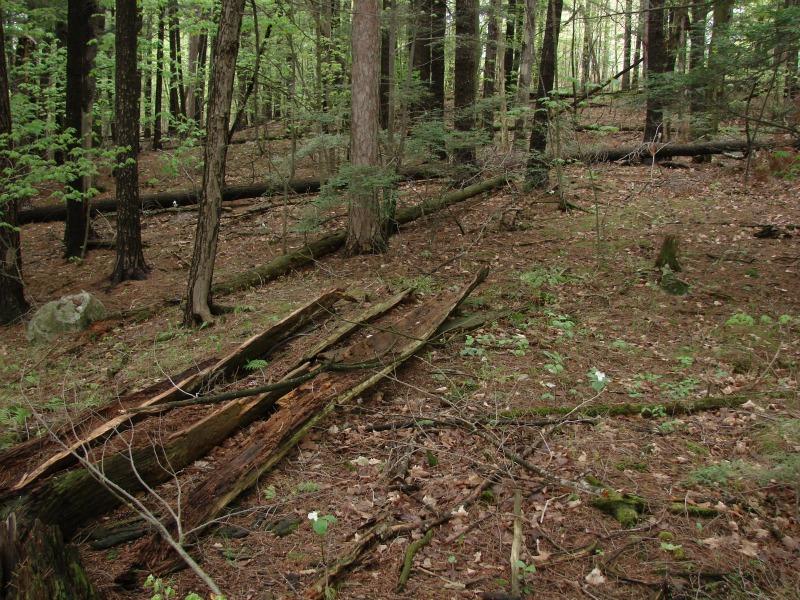