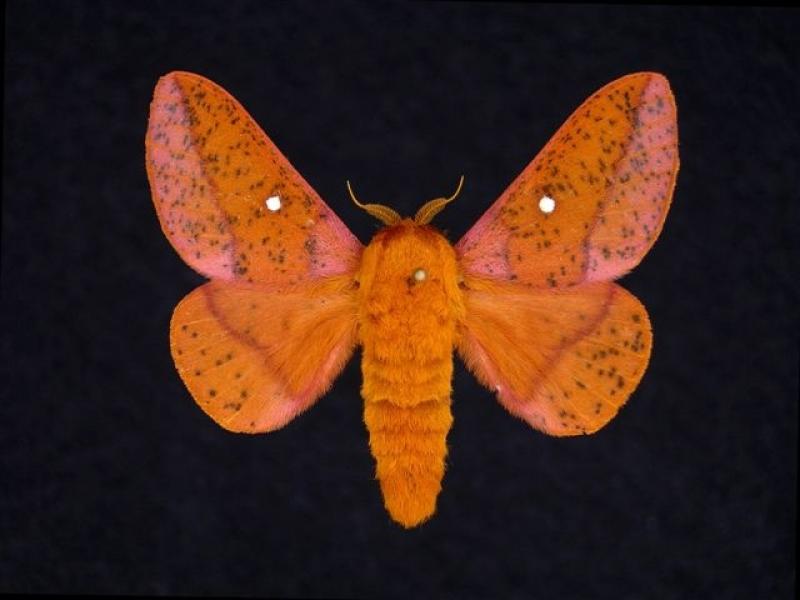 The spiny oakworm caterpillar is just that,very spiny. Fortunately, this species is classified as "non-stinging". It bears a pair of long, dangerous-looking but harmless spines on the thorax. The spiny oakworm is part of a small group of similarly "horned" caterpillars with two long, curved spines behind the head.

Within New York State, the spiny oakworm moth is known to occur in only one population on Long Island, in dwarf pine barrens in Suffolk County. North of New Jersey, the species is highly habitat specific and is known to occur only in pine barrens and scrub habitats (Wagner et al. 2003; NatureServe 2010). The species is very rare in Pennsylvania and Massachusetts, and it is extirpated or historical from the rest of New England. It might also be very rare in New York State (Schweitzer 1996). However, additional populations might still be found in pine barrens and scrub habitats, and additional surveys are needed to better understand its status and distribution in the state.

The spiny oakworm moth is known to have declined in the Northeast (Wagner 2005). The long-term trend for the species in New York State is unknown, but on Long Island the species has probably declined from historical numbers due to habitat loss from development and the suppression of fires. Currently, the one general area that the moth is known to occupy is owned by several public entities and private owners.

Known threats include habitat loss due to development and fire suppression, although the threat of development for the remaining habitat on Long Island may be low. The suppression of fires in barrens and other dry places would cause a loss of habitat for the species and therefore a drop in population size. This species requires open woodland or barrens with pitch pine and scrub oaks. Forest fires are needed, on average, every 5-10 years (Jordan et al. 2003) to maintain this type of habitat. Lack of fires will result in the succession of this community to a closed canopy forest of tall oaks and other hardwoods (Little 1979, Jordan et al. 2003). Conversely, a fire affecting an entire occurrence could eliminate all life stages that are present. On a local scale, severe defoliation of oaks by spongy moth (Lymantria dispar) could be a threat. Treatment for the control of spongy moth, such as spaying of Bt, would also need to be evaluated to determine its effect on this species.

The best management strategy for this species is the management of the natural community or habitat where this species occurs. Maintaining the Long Island pine barrens with their full suite of plant and animal species requires frequent (every few decades) disturbance to maintain open-canopy, shrub-dominated communities and to prevent succession to a closed-canopy hardwood forest (Jordan et al. 2003). Researchers have determined that "an active fire management program utilizing prescribed fire with appropriate mechanical treatments" is the preferred method (Jordan et al. 2003). Researchers have also determined that the size, type, intensity, and timing of fires (pyrodiversity) needs to be evaluated for each site to maximize benefits to the natural community and the species it supports (Jordan et al. 2003). The entire occupied habitat for a population should not be burned in a single year. For example, in places where prescribed burning is used, refugia (unburned areas) are needed for many species to ensure that any life stage can survive a fire.

Additional inventory and monitoring is needed. The spiny oakworm moth can be sought at blacklight traps left in pine barrens and scrub habitats in July. In addition, the response of the species to management practices such as controlled burns and mechanical removal of vegetation should be evaluated.

In the southern part of the spiny oakworm moth's range, it occurs in a variety of habitats, including mixed hardwood forests. Northward, however, it becomes increasingly a barrens or scrub habitat specialist, inhabiting pitch pine-scrub oak barrens and scrub oak thickets (Wagner et al. 2003, NatureServe 2010).

The spiny oakworm moth is known from the Atlantic Coast from southern New England to central Florida, west to southern Ontario and Minnesota, south to central Texas (Tuskes et al. 1996). It is common to abundant in southern New Jersey and much of the south. It is extirpated or historical in New England except for Massachusetts, where it is very rare. It is also very rare in Pennsylvania (Schweitzer 1996).

The spiny oakworm moth is a colorful moth. Its wingspan is approximately 40-70 mm. The forewings are pale to dark reddish orange, with many small black specks and a white reniform spot. The hind wings are similarly colored and have a darker median line (Covell 1984). Females are larger than males. Larvae (caterpillars) are various colors, but they have short spines and a longer pair of "horns." Eggs are yellowish (Tuskes et al. 1996).

There is one generation each year. In New York State, adults lay eggs in clusters of 5-20 on oaks (Quercus spp.) in July. Eggs hatch in approximately 2 weeks. Larvae (caterpillars) feed on oaks during the fall. Early instar larvae feed together in groups. Later instar larvae feed alone. Pupae overwinter in a chamber underground. After emerging in the summer, adults have been observed to mate during the day, and females have been observed laying eggs at night. Females have also been observed releasing pheromones to attract males between 1 am and 3 am (Tuskes et al. 1996).

The best time to see the spiny oakworm moth is during its flight season. In New York State, it has been captured flying in July.

The time of year you would expect to find Spiny Oakworm Moth present, reproducing, larvae present and active, eggs present outside adult, and pupae or prepupae present in New York. 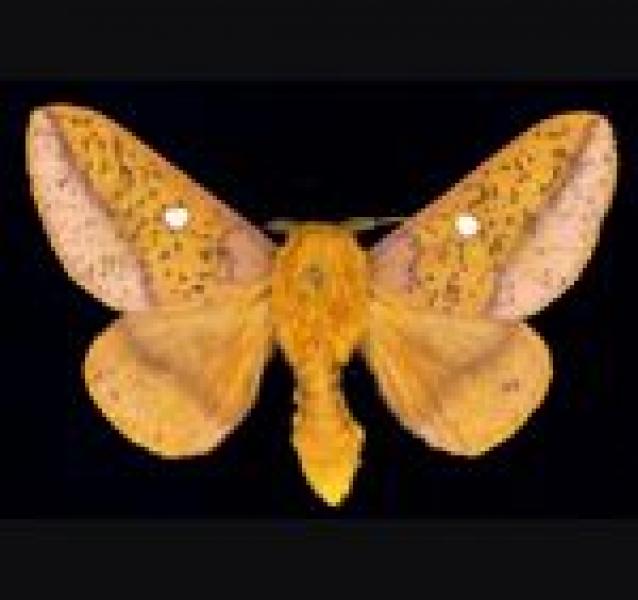 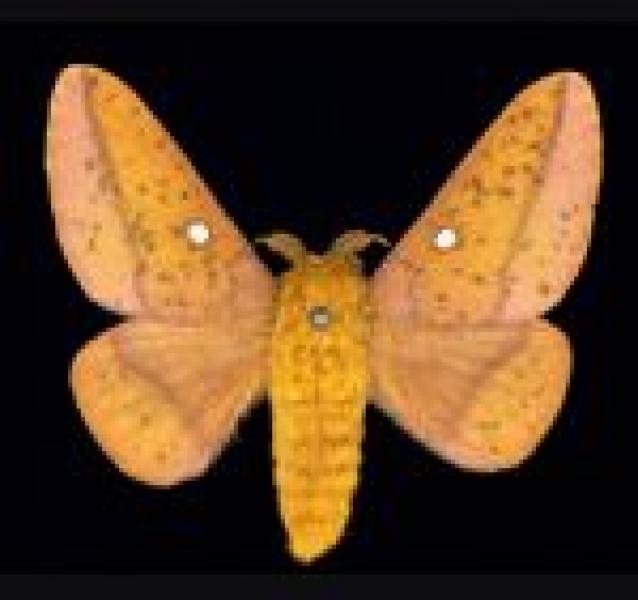