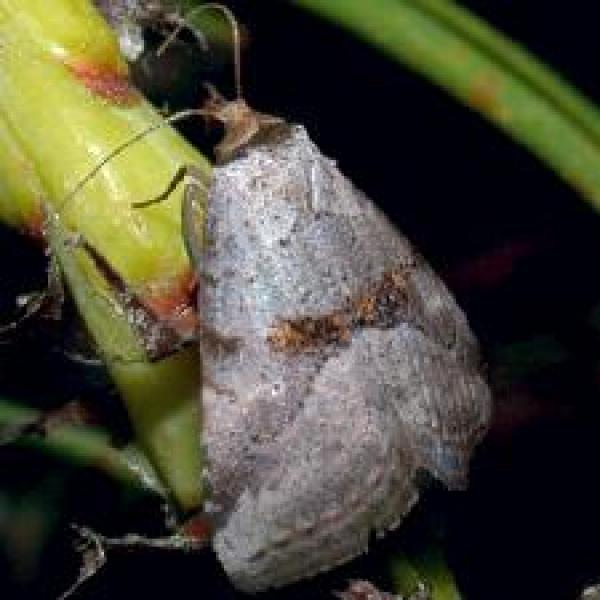 This species is a member of the Owlet Moth family. These moths typically fly at night and some are preyed upon by bats. Many Owlet Moths have tiny organs in their ears that sense bat echolocation calls. The signal from these organs causes their wing muscles to spasm and they dart erratically. This aids the moths in evading the bats (Fullard 1998).

This species has only been found in one location in New York State. Since 1999, it has been recorded on a regular basis from the dwarf pine barrens of Long Island. There is one historical record from Orange County, New York, but it has never been relocated there. Future surveys in areas of pine and scrub oak habitat may find additional occurrences of this species.

The long-term trend for this species is tied to the long-term trend of the natural community it lives in. The acreage of dwarf pine plains in New York has declined due to development, although there is still a large occurrence of this habitat type on Long Island.

Known threats include habitat loss due to development and fire suppression, although the threat of development for the remaining habitat on Long Island may be low. The suppression of fires in barrens and other dry places would cause a loss of habitat for the species and therefore a reduction in population size. This species requires open woodland or barrens with pitch pine and especially scrub oaks (food source). Forest fires are needed, on average, every 5-10 years (Jordan et al. 2003) to maintain this type of habitat. Lack of fires will result in the succession of this community to a closed-canopy forest of tall oaks and other hardwoods (Little 1979, Jordan et al. 2003). Conversely, a fire affecting an entire occurrence could eliminate all life stages that are present.

Additional surveys are needed with blacklight traps to determine the extent of the occurrence. In addition, research is needed on the response of this species to prescribed (controlled) burning and mechanical treatment to improve habitat.

In New York State, the Yellow-spotted Graylet is found only in the dwarf pine barrens on Long Island. These open, dry woodlands are dominated by a mixture of dwarf pitch pine and scrub oak. Scrub oak is the food source for the caterpillar.

This species may be confined to Long Island in New York.

The Yellow-spotted Graylet is ranked S4S5 in New Jersey. It is more rare in Pennsylvania, and the status is unknown in Connecticut. This species is fairly common south of New Jersey. North of New Jersey, it has been seen only in scrub oak areas of Massachusetts and New York (Schweitzer 1997). It was recorded historically from New Windsor, Orange County, New York (Forbes 1954).

This species can be identified from a specimen or a good image. This moth is violet-gray with some light brown shading. Look for a small yellow spot above a brown median patch (Covell 1984).

The adult moths of this species are active throughout the summer months.

The time of year you would expect to find Yellow-spotted Graylet present and reproducing in New York. 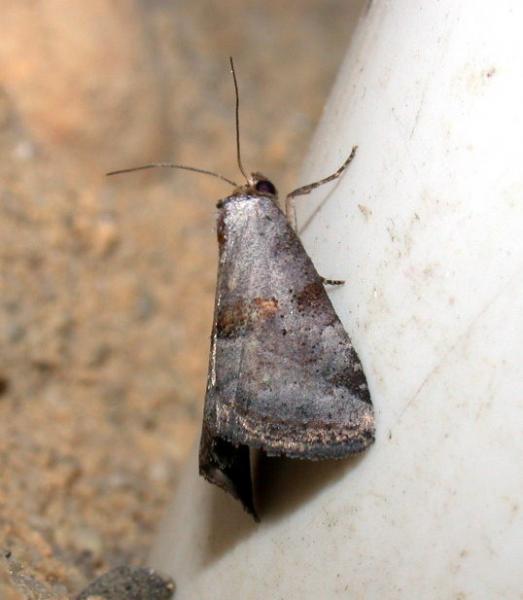