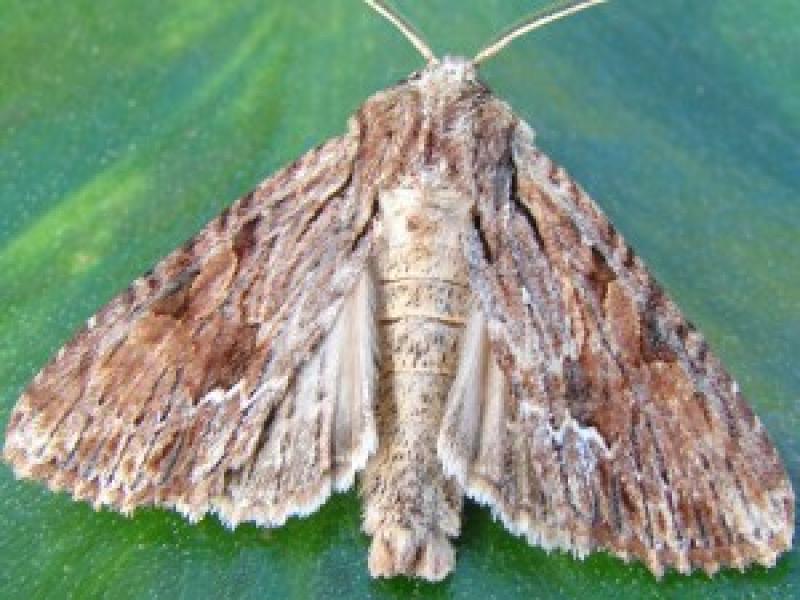 This moth species belongs to a group called the Dart or Cutworm Moths. They are given those names for good reasons. When resting, the moths hold their wings back in a triangular "dart-like" position. They also cut plant stems off at the base by chewing on them near the soil level.

The long-term trend for this species is tied to the long-term trend of the natural community it lives in. The acreage of dwarf pine plains in New York has declined from development, although there is still a large occurrence of this habitat type on Long Island.

Known threats include habitat loss due to development and fire suppression, although the threat of development for the remaining habitat on Long Island may be low. The suppression of fires in barrens and other dry places would cause a loss of habitat for the species and therefore a reduction in population size. This species requires open woodlands or barrens with pitch pine and scrub oaks. Forest fires are needed, on average, every 5-10 years (Jordan et al. 2003) to maintain this type of habitat. Lack of fires will result in the succession of this community to a closed-canopy forest of tall oaks and other hardwoods (Little 1979, Jordan et al. 2003). Conversely, a fire affecting an entire occurrence could eliminate all life stages that are present.

Additional surveys are needed with bait and blacklight traps to determine the extent of the dwarf pine barrens occurrence on Long Island. In addition, research is needed on the response of this species to prescribed (controlled) burning and mechanical treatment to improve habitat.

In New York State, this species is found exclusively in the open-canopy dwarf pine barrens and pitch pine-oak heath woodlands of Long Island. Pitch pine and scrub oak are the dominant plant species in both of these habitats. It is suspected that the larval food source is scrub oak.

The Gray Woodgrain appears to be restricted to coastal plain pine barrens, indicating that in New York State it would be limited to Long Island, although it might possibly also be located off the coastal plain.

The Gray Woodgrain is known from Long Island, New York, south to Florida, and west to Ohio and Texas (Covell 1984).

The forewing of the Gray Woodgrain is mixed gray and brown. Look for two blackish triangular patches at the outer margin (Covell 1984).

The adults of this species are active in the late spring.

The time of year you would expect to find Gray Woodgrain present and reproducing in New York. 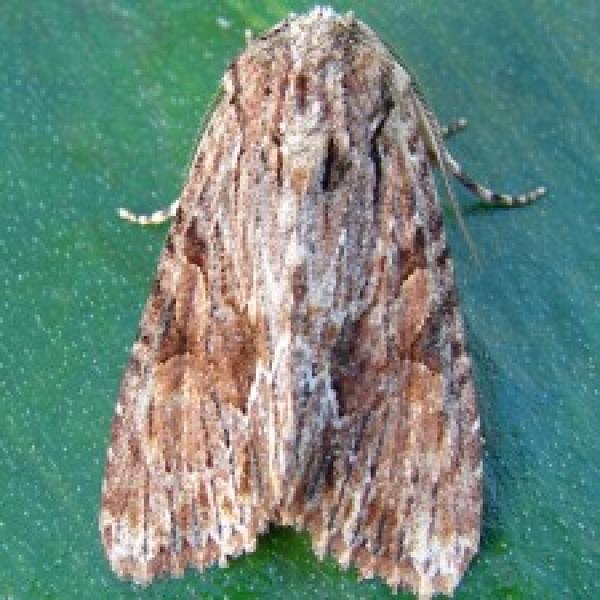 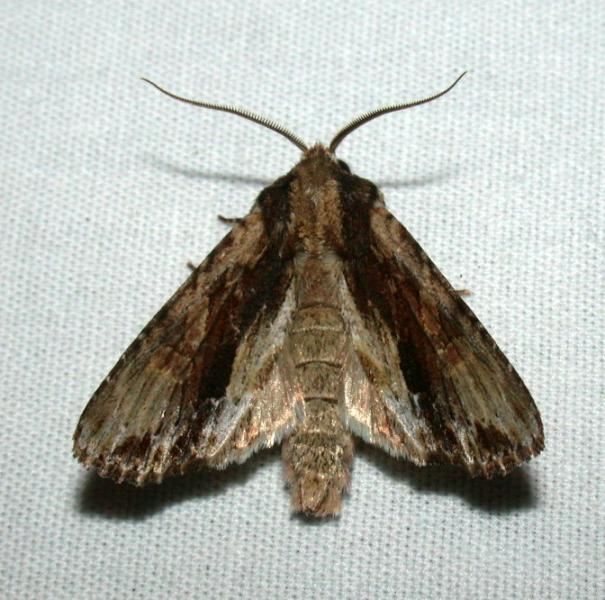 Information for this guide was last updated on: December 19, 2011