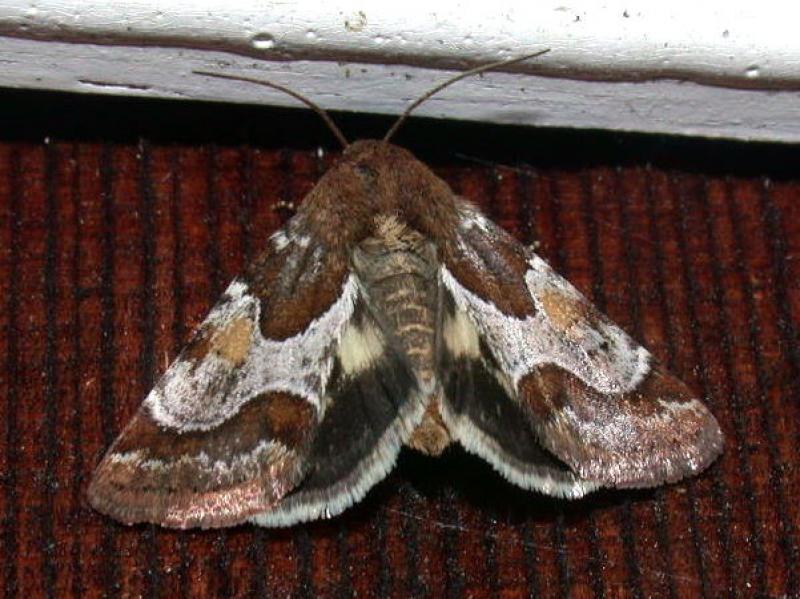 The biology of the spinose flower moth is poorly understood, and its food source is unknown. It has not been actively sought in New York State, but habitat exists on Long Island. Additional surveys are needed to determine its status.

The status and trend for this species in New York State is unknown. However, the population at the dwarf pine plains on Long Island appears to be stable, since surveys conducted since 1997 have indicated little change in the number of moths captured.

The long-term trend for this species in New York State is unknown.

The threats to this species on Long Island are uncertain. It has been documented in the dwarf pine barrens of Long Island where fire is necessary to maintain the habitat type. However, the Spinose Flower Moth occurs in other habitats on Long Island, and thus it is not a barrens specialist. Elimination and fragmentation of habitat by commercial and residential development are the most significant threats to this species.

Areas where this species has been found need to be evaluated to avoid additional encroachment or fragmentation by development. In addition, minimizing lighting to maintain dark sky conditions would be beneficial.

The spinose flower moth is found in barren type habitats, but it is not considered a barrens species, since it is also found in other habitats (McGuinness 2006). It is often found in coastal areas with sandy substrates and is associated with grasslands and dunes.

This species is confined to Long Island, where it is found at two sites in Suffolk County.

Global distribution data for the spinose flower moth is known to be incomplete or has not been reviewed. However, the moth has been reported from Connecticut, Delaware, Florida, Maryland, Massachusetts, New York, and Rhode Island (Wagner et al. 2008, NatureServe 2010). Most colonies are along the coast (Wagner et al. 2008).

The spinose flower moth is various shades of brown with large pale patches. The wingspan is approximately 23-24 mm.

The adult stage is the best life stage for identification.

Eggs of moths in this genus develop quickly, and the larval stage is usually three to four weeks or less. Pupation occurs under the ground (Wagner et al. 2008).

Most moths in this genus have a specialized diet. For many Flower Moths, the host plant on which moths lay eggs and larvae feed is the only plant on which moths nectar. The food source of the spinose flower moth is not known, however, it is known to use plants in the genus Polygonella as host plants. In particular, across much of its northern range, it seems to use coastal jointweed (Polygonella articulata) as a host plant (Wagner et al. 2008).

The best time to see spinose flower moths is during their flight season. In New York, the moths have been documented to fly in early-mid September.

The time of year you would expect to find Spinose Flower Moth present and reproducing in New York.